Game of the Day: TapOMania for BlackBerry Storm! 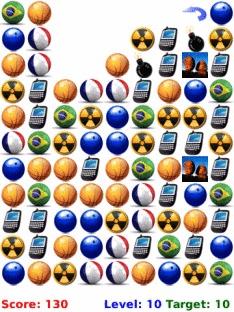 For all you Bell and TELUS BlackBerry Storm users this one is for you!

The goal of this game is to remove all the blocks from the screen. You can only remove blocks that are two or more of the same pattern, along a horizontal or vertical path.