Quote of the Day: iPhone Nano 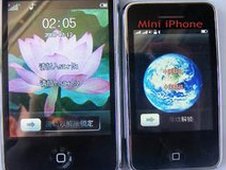 In an article by the BBC about all the fake iPhone Nanos appearing in Thailand and now in European shops,  “Ian Shircore, head of marketing at fraud and counterfeiting specialists Envisional, said “Our view is that it’s unlikely an iPhone Nano is in the works at Apple. You would have to radically reinvent both existing battery and radio technology. What’s more, the LCD – currently the killer feature of iPhones – would also be shrunk. If I was Apple, with the fastest selling handset in history, and I currently couldn’t make enough units to sell, why would I want to make a smaller one?”