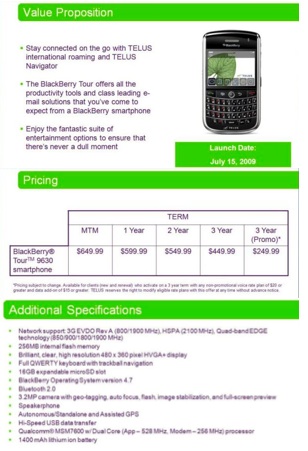 It was only last week that we saw the TELUS BlackBerry Tour 9630 appear on their website… and now we have a number of slides appear with pricing and a launch date of July 15th.

Some keys specs on the internal document shows similar to the Bell version specs we saw a couple weeks back. With that said, Bell will most likely follow suit and launch around the same date.