Rogers was left out of the party with the original Storm came to Canada and there has long been rumours of them launching the 2nd generation. Confirmation today from an ad from the March issue of Canadian Business magazine that’s showcasing the Storm2 and all it’s features. The ad states “See all there is to see with BlackBerry Storm smartphones from Rogers and other major retailers.” 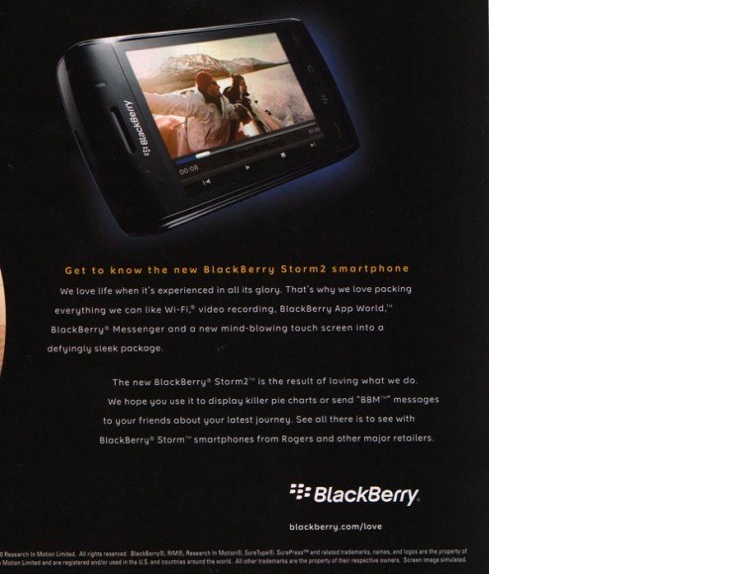 Still no word on a release date or pricing. Anyone going to jump on this device?
Via: BBCool