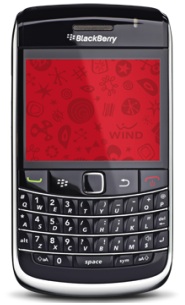 Shortly after going live with the Edmonton launch, Wind Mobile has partly kicked open the doors in our nations capital Ottawa. They announced on their site that they are doing “some final tweaks on the network” and this allowed for a “Technical launch”.

Good news for current subscribers as this extends your Home Zone reach and can make calls between Wind to Wind customers. In regards to the where in Ottawa the service reaches, Wind states the “Ottawa network extends from Orleans in the east to Kanata in the west. It also crosses the river to the Gatineau Hills and all the way to Buckingham”. However those looking to get your hands on an actual device will have to wait a bit longer as they’re not actually selling devices yet. CEO Ken Campbell states on the company blog that “the next few sites will really bolster the offering and allow us to be in stores with a more extensive and reliable network very soon.”

So Wind is now in Toronto, Calgary, Edmonton, Ottawa and next up is Vancouver. We hear new devices will be launched within a couple months – entry level and smartphones. In addition to this news, Wind announced their first offer with a $150 credit to all customers who port over to their service.

How is everyone liking Wind so far?