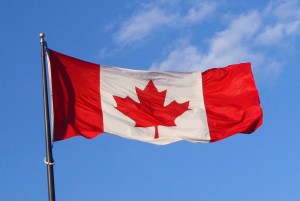 The government started a new session today and in the Speach of the Throne, Governor General Michaëlle Jean outlined top priorities and stated “Our government will open Canada’s doors further to venture capital and to foreign investment in key sectors, including the satellite and telecommunications industries, giving Canadian firms access to the funds and expertise they need.”

More details will be announced tomorrow, but this will make new entrants extremely happy as they have been asking the government for this request. Most notably was CEO of Public Mobile, Alek Krstajic, he said after Globalive was given the green light that they should be given the same rules.

Krstajic stated “All I’m saying is that if you’re going to have one set of rules for him, have them for us as well. Let me get foreign capital right now. I have American partners right now who would love to invest more money and they can’t because we have complied with the rules as we were told they existed and we can’t have any more foreign capital. What we want to do is force the government to say we made new rules in what we did, and we made them for Tony and the guys at Globalive, now let’s treat all, forget the new entrants, let’s open up these markets for the incumbents as well… we should have fair rules across the board.”

Guessing he got his wish and we’ll see more investment opportunities coming into Canada. Another organization that will be thrilled to hear the news is also new entrant Mobilicity. Both new entrants will be launching their new wireless service shortly and with extra funding could rapidly expand their business. In addition, perhaps now Verizon or T-Mobile might step into Canadian territory.

More here at the Globe
(Thanks Nadim!)