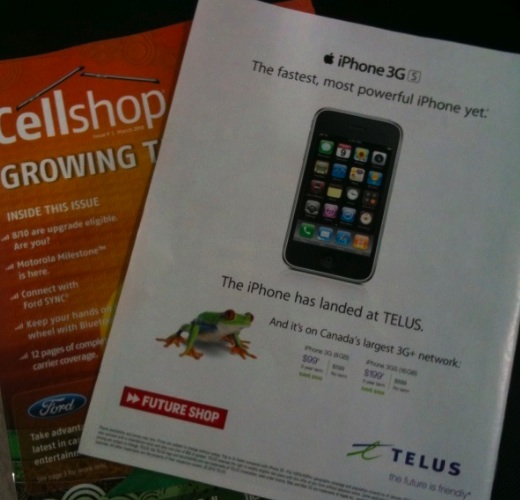 Not the biggest news but certainly an end of an era and a sign of the times. Rogers/Fido had exclusive rights on the iPhone when it first launched in Canada… then Both Bell and TELUS brought on the iPhone when they launched their new HSPA network back in November of last year.

But if you walked into a big box retailer like Future Shop or Best you would only see a Rogers branded iPhone. The reason is because Rogers apparently secured a sweet exclusive deal that only allowed their iPhone to be available for sale. We’ve been informed that if a Bell or TELUS iPhone appeared in stores or online that Rogers would threaten to withdraw their products from their locations.

So if you’ve been pining for the iPhone you’ll soon be able to go into your local location and pick one up by mid-March.