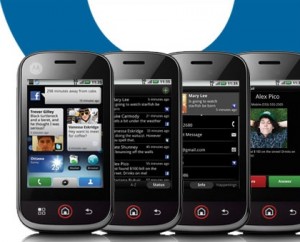 The Motorola DEXT is an upcoming Android device that will exclusively be released by Bell, timing is not known but there are many early rumours flying around beyond the given “first half of 2010“.

What’s out there currently is as early as April 8th with the MOTOBLUR launch parties (starting in Toronto)… and if you look into the Bell DEXT contest rules and regulations it shows the end date Friday May 14, 2010. In addition, the value of the DEXT shows it at $399.95 which would make this the no-contract price… so possibly this might come in at $149.95 on a 3-year, maybe even an launch promo at $49.95. Time will tell.

More here at Bell
(Thanks Derek!)