Koodo is prepping to jump in the ring with some new devices and some fast HSPA goodness. Rumours are that they’ll be jumping on the HSPA train mid-May with their first device to be the Nokia 3710. In addition, when it comes to BlackBerry devices we’ve been informed by an internal screenshot that you can expect to have the BlackBerry Curve 8530 and the Pearl Flip. 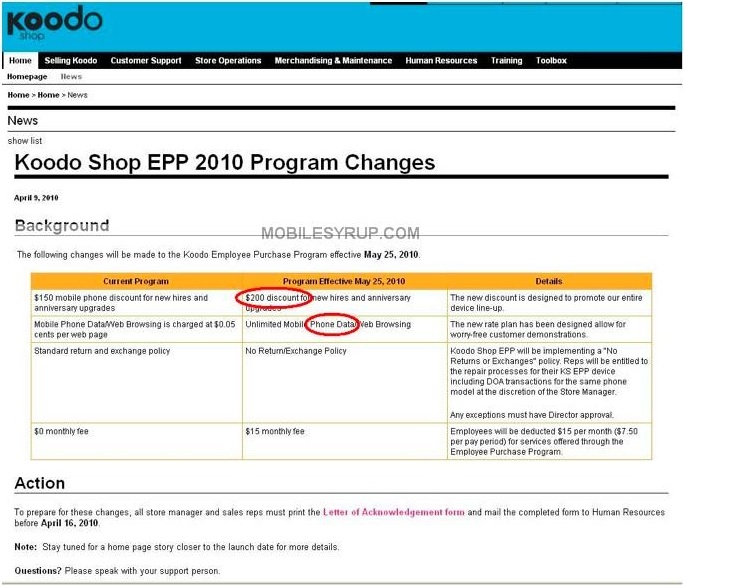