When Videotron officially launches their HSPA network this Summer they say that “Canadians will see more competition”. Videotron last gave an update on December 23rd stating they have “successfully entered into several site access agreements or had tower-sharing requests accepted in respect of nearly 60% of all antenna sites required for the AWS launch. Furthermore, the equipment for most of the contracted sites has been installed or is in the process of being installed.”

For those who are curious who is building out their network – the people behind the daily operations – will be happy to know that they are all what seems to be “seasoned industry veterans”.

We were sent this internal doc from a tipster that states “The purpose of this document is to offer internal Alcatel-Lucent team with a primer of who makes the decisions within Videotron as it relates to the 3G+ projects… Some key points: Marie-Ginette Lepage is the effective leader of the project and little is done without her approval. Manon Brouillette is the executive sponsor and formal leader of the project but with her EVP position within Videotron, she heavily relies on Mrs. Lepage for matters surrounding 3G+. Mrs. Lepage’s team is composed of seasoned industry veterans that all share – and insist on carrying – the main vision.”

Check it out below… who looking forward to Videotron launching their new network? 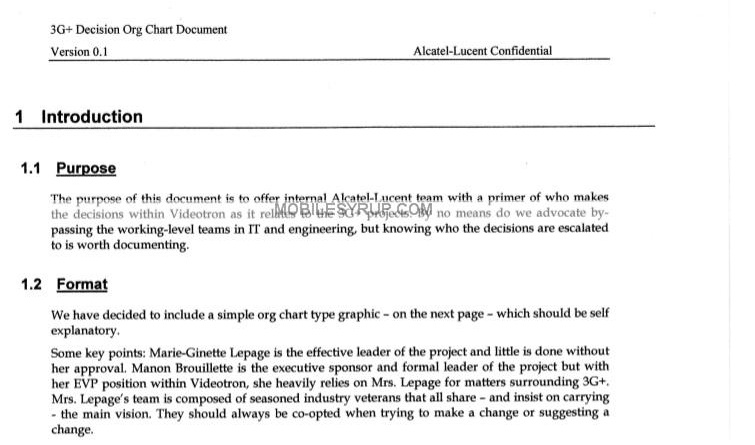 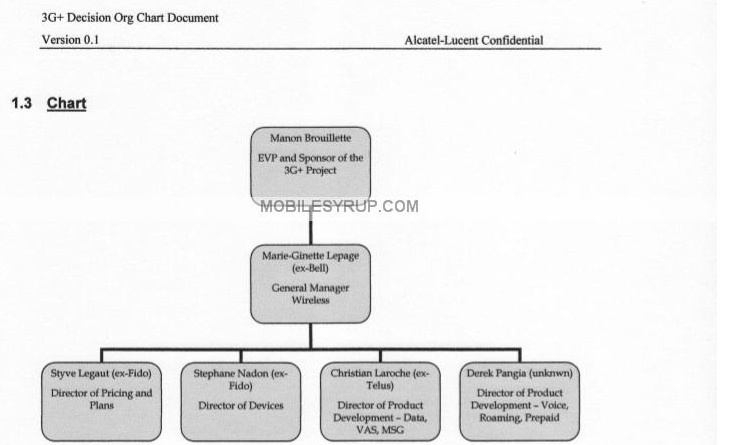