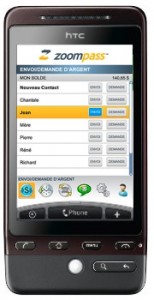 The joint venture between Rogers, Bell and TELUS called “Zoompass” gives customers the ability to send and receive money (plus other stuff like request money, check balances, review transactions) from your mobile device.

We’ve been following Zoompass even before they officially launched in Canada and they have a new Spring promo going on that slashes the cost to send money. What used to be a high $0.50 per transaction is now cut in half to only $0.25.This is only a Spring promo so it’s on for a couple more weeks… hopefully they keep the cost at $0.25 after wards.

With banking by phone becoming more popular – with all the major banks now having apps, are you using Zoompass or would you prefer to have something like Square show up in Canada?