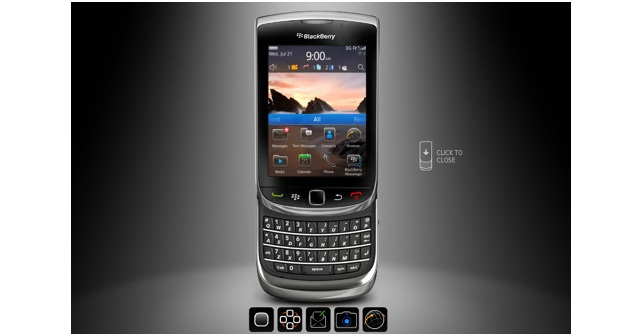 This morning Waterloo-based Reasearch In Motion officially announced their latest smartphone – the BlackBerry Torch 9800. This will be the first device that will have their new OS BlackBerry 6 and it’s hitting AT&T on August 12th. Even though there’s no official Canadian release date there are rumours that this is penciled in to be available later this Summer. After the break are  full specs of the Torch and this comes with both a QWERTY keyboard and a 3.2 inch touchscreen. When this arrives in Canada are you going to get this?

(The Torch has now been confirmed to be launching on Bell, Rogers, TELUS and Virgin by the end of the year)