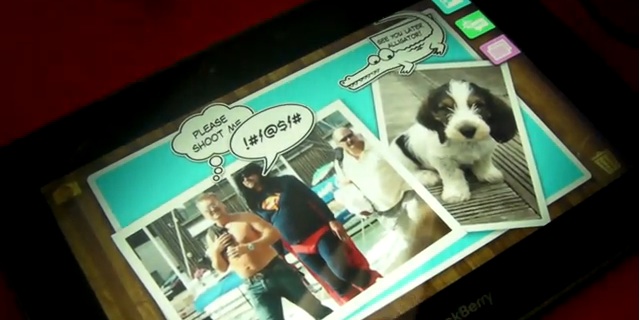 While the world waits so incredibly patiently for RIM to release the BlackBerry PlayBook a couple of concept apps have been put on video by The Astonishing Tribe (TAT). These actually make the PlayBook a bit more consumer focus than business but are only just form demo purposes of what’s possible when developing apps for the PlayBook. Impressive.

Update: Our friends over at IntoMobile captured another cool video by TAT: