Official: This is the Apple iPad 2 and it’s coming to Canada March 25th

Apple finally graced us with the long awaited second generation of the iPad. CEO Steve Jobs stated that “We think 2011 will be the year of iPad 2″. For us Canadians this will be available on March 25th. Jobs said the pricing will be the same but did not confirm Canadian pricing – so one would think it would be global.

The iPad 2 will come in both WiFi and 3G models (16GB, 32GB and 64GB). Here are some quick specs of the iPad 2: 33% thinner at 8.8mm, rear and front facing cameras for recording video, weighs in at 1.3lbs, available in White and Black at launch, same battery with 10 hours, new A5 dual-core processor (9 times faster). Apple also introduced a new HDMI-out connector cable ($39) that can output from your iPad 2 to your HDTV in 1080p.

Update: Apple has put the iPad 2 specs live on their site. Check it out here at Apple 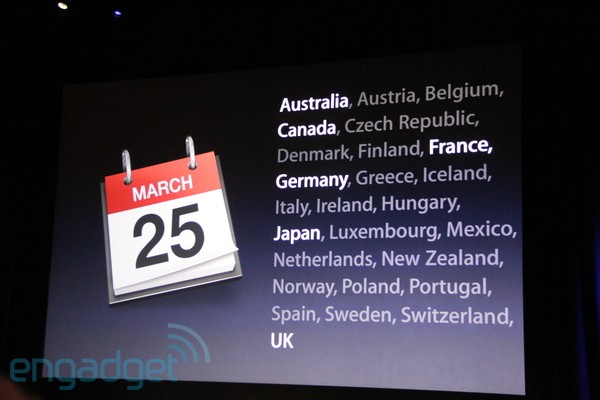