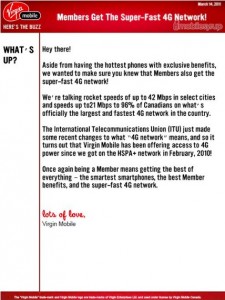 Virgin Mobile is following the recent announcements by TELUS, Bell, MTS and SaskTel with branding their network as “4G” and also ramping up to offer 42Mbps download speeds. No word on when the 42Mbps products will be available but here’s the official 4G announcement. Bigger image after the break.

“We’re talking rocket speeds of up to 42 Mbps in select cities and speeds up to 21 Mbps to 96% of Canadians on what’s officially the largest and fasted 4G network in the country.

The International Telecommunications Union (ITU) just made some recent changes to what “4G network” means, and so it turns out that Virgin Mobile has been offering access to 4G power since we got on the HSPA+ network in February, 2010!”

Once again being a Member means getting the best of everything – the smartest smartphones, the best Member benefits, and the super-fast 4G network.”
. 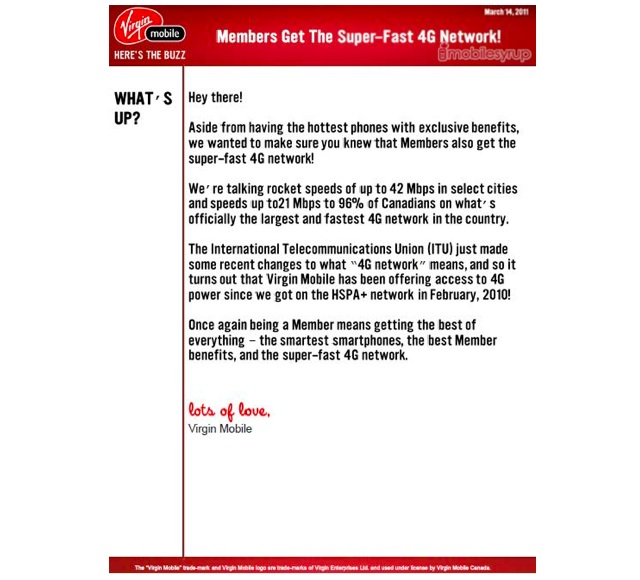