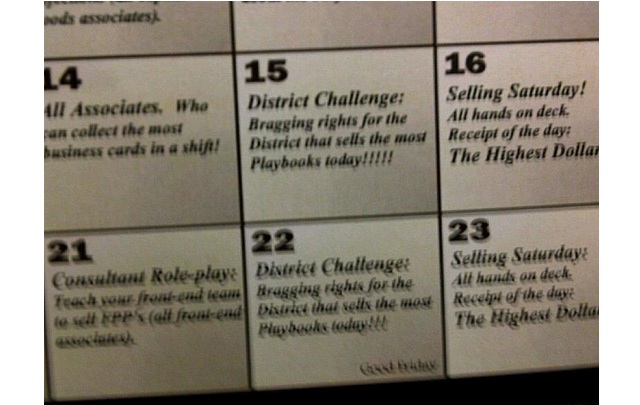 When the new BlackBerry PlayBook finally becomes available there will be several locations to grab one: Rogers, TELUS,, Videotron, Bell stores and retail outlets such as The Source (owned by Bell), Sears Canada and now Staples Canada looks like they might be having available stock. This picture surfaced of what appears to be a “District Challenge” on April 15th and 22nd. The winning district doesn’t actually get to take home a PlayBook but gets the honour of bragging all they want. There is still no confirmed release date or for that matter any price points… but this could mean that the PlayBook will be on Canadian soil by Friday, April 15th (another month away).