Report: Browsing the web on Android is 52% faster than iPhone 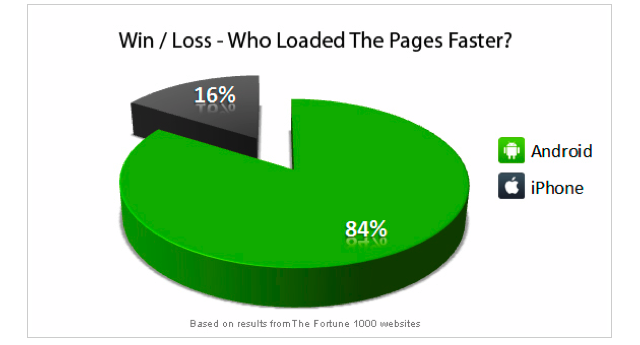 Ottawa-based Blaze Software conducted a Smartphone browser performance study between the iPhone 4 (with iOS 4.3) and various Android devices (Samsung Galaxy S and Google Nexus S running OS 2.2 and 2.3) to see who has the fastest browser. Tested on 1,000 different websites and after loading a massive 45,000 web pages Blaze says “the study found that Android was 52% faster than iPhone” on 84% of the sites. It should also be noted that the tests were done on both over WiFi and on the Bell’s HSPA network “in good reception areas and at low usage hours (mostly at night)”.

Guy Podjarny, Blaze CTO and Co-Founder stated that “We assumed that it would be closer race and that the latest JavaScript speed improvements would have a more material impact on performance. The fact that Android beat iPhone by such a large margin was not expected”.

After the break there are a couple more charts, plus a bit more insight into the complete study itself.

For clients, we used the latest devices to ensure a fair comparison. We used iPhone 4 for the iPhone measurements, and Google Nexus S for Android 2.3 measurements. For our Android 2.2 measurements we chose the Samsung Galaxy S, since it has almost identical hardware to the Nexus S, making the OS the primary difference. For network, we ran most of our tests over a high speed WiFi router, connected to the internet using a fast DSL connection. The fast internet helped reduce the variability caused by the network, and focus on the browser’s performance. The 3G tests were performed over the Bell Mobility HSPA network, and were made in good reception areas and at low usage hours (mostly at night).

To get the actual numbers, we measured each of the 1000 pages 3 times on each device. From each of the 3 runs, we saved the median scan. We repeated this test 3 times on different days, and filtered out results higher than 40 seconds or lower than 400 milliseconds, as those usually indicated network and server errors. We then chose the median result of the remaining scans on each page and each device. Using medians instead of averages helped us get a representative page load time, without being affected by network anomalies skewing the results. 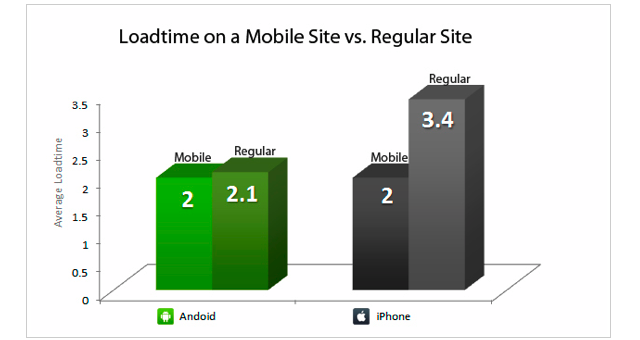 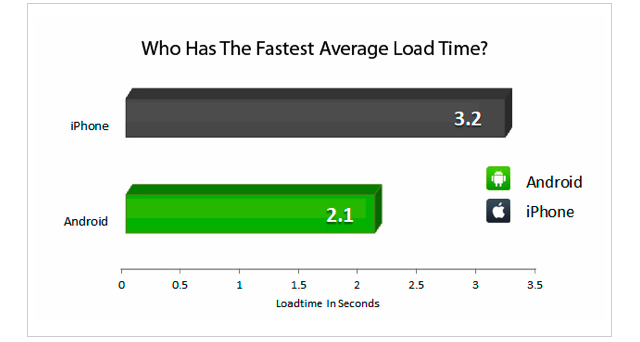