Koodo Mobile to release the BlackBerry Curve 9300 at $300 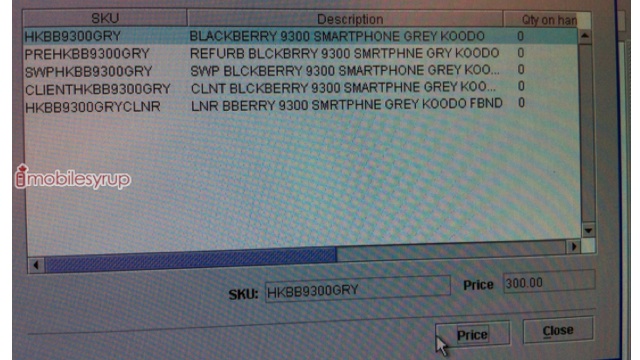 There one thing about Koodo Mobile is that they are stepping up their game when it comes to the device lineup. Gone are the basic flip phones and in are the QWERTY messaging devices and Smartphone like the INQ Chat 3G, BlackBerry Curve 8530 and most recently the LG Optimus One (their first Android device).

Next in line for Koodo are a couple solid devices. The first is the Google Nexus S, another Android and one that will bolster their lineup and will be available the first week of April. In addition, we reported earlier that Koodo will be bringing on the BlackBerry Curve 9300 but didn’t have a price point. According to this internal screenshot it shows the 9300 will come at the $300 mark. We’re also informed the 9300 will be available in the next few weeks and come in Grey.