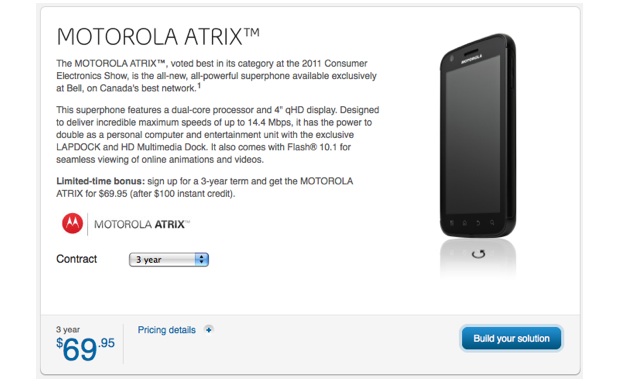 The Bell Motorola ATRIX was only released a week ago but it’s already put on sale and received it’s first price drop. Future Shop has slashed the 3-year contract price of this Android device from $169.99 to only $69.99. Crazy. The sale ends March 31st.

Update: It seems the price has been dropped not only at Future Shop but at all Bell locations. $69.95 on a 3-year is confirmed until March 31st. More here at Bell