The Apple iPad 2 is officially available today. Earlier this morning I went to the Apple Store in the Toronto Eaton Centre to see what the lineup was like. Only about 75-100 people were waiting there for the doors to open up. The video is below… You can now get the iPad 2 online at Apple (limit two per order) but shipping will take between 2-3 weeks to arrive. Here are the prices:

As for other places to get yourself an iPad 2 today below is a complete list of Apple authorized resellers that will start selling the at 5:00pm today.

Update: More pics and videos are coming in now from across the country:
Via: iPad in Canada

Laval is below (thanks Dimitri) 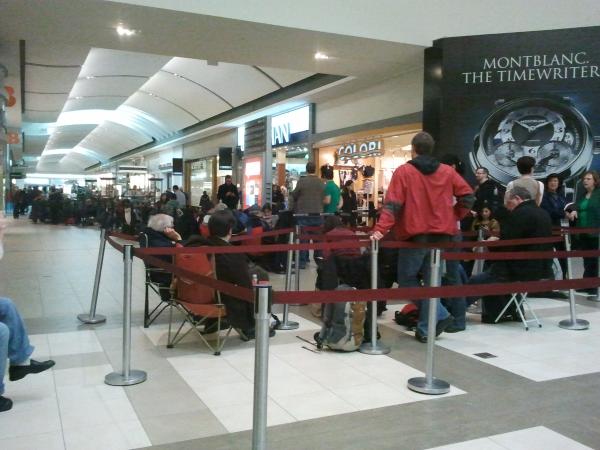