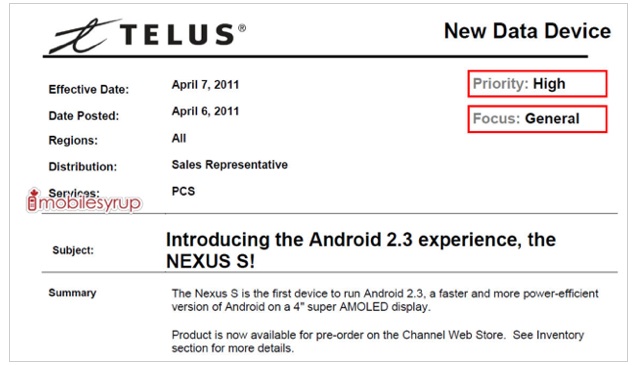 The Nexus S comes carrier unlocked and with OS 2.3 but one of the major features is that it’ll always be one of the first Android devices to get OS updates. Other key specs have it coming with a 4-inch touchscreen Super AMOLED display with a resolution of 800 x 480, 1 GHz Hummingbird processor, 512MB RAM, 16GB ROM, GPS, NFC (Near-field communications) capabilities, 5 megapixel camera with Flash and video recording, Wi-Fi 802.11 b/g/n and the ability to create a Wi-Fi hotspot for up to 6 devices, Bluetooth, 1500 mAh battery.