Here’s your next Nexus phone, or something very similar 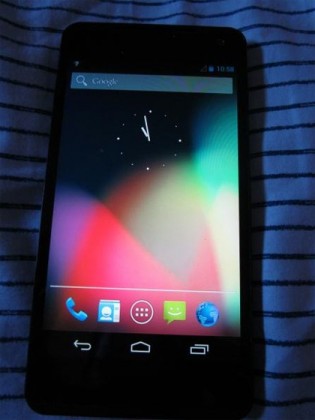 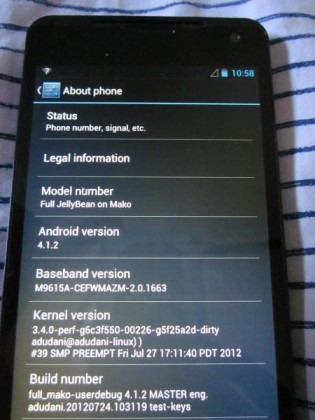 There have been a rash of leaks this past weekend (come on, over Canadian Thanksgiving? No rest for the wicked!) indicating one of two things: either LG is creating the next Nexus device, or there are some dedicated fakers out there.

An XDA-Developers member, stevebinh, has posted a photo album of the LG E960, the purported next Nexus phone. The device looks awfully similar to the LG Optimus G we showed you last month, including the rather boxy design, a 1280×768 4.7-inch IPS screen, a 1.5Ghz quad-core Qualcomm Snapdragon S4 Pro processor, 2GB RAM, 16GB internal storage and that awesome-sounding 13MP camera. The tester device, which we see running stock Android, is called “Mako,” a fish in line with all of the previous Nexus devices. For example, the Galaxy Nexus is “maguro” while the Nexus S is “herring.”

We’ve also seen the device in different lighting conditions (below) and it does indeed look like a cross between the Galaxy Nexus and Optimus G, with much more rounded corners than the latter and a flatter, more “designer” backing design than the former.

Though the final version of the Optimus Nexus, or whatever it will be called, is expected to run Android 4.2, the tester shown in the screenshots is on Android 4.1.2, a version we’ve yet to see on the market. 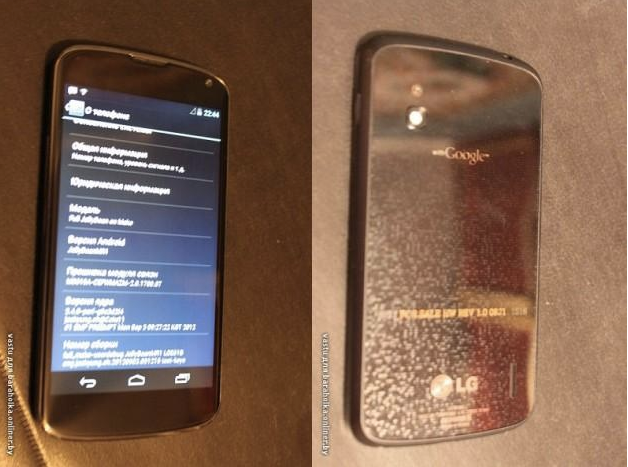 Update: The E960 recently passed through the FCC for certification  showing off PCS and AWS bands for HSPA+ and AWS bands for LTE . This means that the device would work on Rogers/TELUS/Bell on 3G and LTE, and over WIND and Mobilicity on their growing 3G networks. It’s clear that the device is using Qualcomm’s MDM9615 baseband, which is theoretically pentaband-capable, so the E960 could be one of the most multi-faceted unlocked phones on the market. This is the same baseband chip that’s inside the iPhone 5, and works across CDMA/GSM networks.

If the next Nexus is indeed made by LG, and we’re thinking more and more that it will be, there’s nothing that says the phone won’t be coming by early November.

So, what do you think of LG making the nexus Nexus device? You might as well get used to the idea: it’s looking increasingly likely.

Source: XDA-Developers
Via: The Verge