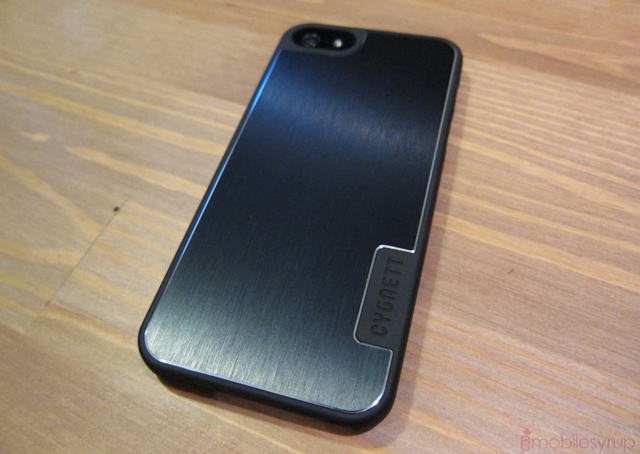 It’s new phone season for many of us, and with the recent release of the iPhone 5, many users are clambering to purchase the right case to suit their personality or their proclivity for clumsiness. As we’ve heard, the iPhone 5 is particularly vulnerable to scratches and dents on its aluminum frame, so it should be no surprise that companies like Cygnett had a full range of cases ready to go at launch.

We’re going to look at two of these cases today: the UrbanShield in black, and the WorkMate in khaki. The former is one-piece combintion of taut polycarbonate on the sides and a shiny, scratch-resistant aluminum plate on the back. 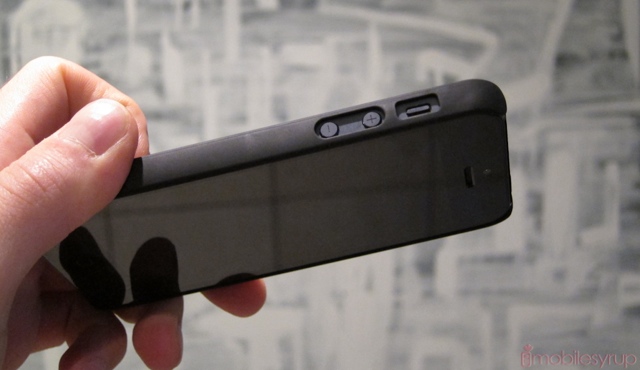 The case is really, really thin; there is barely any protrusion on the front or added thickness to the 7.6mm frame. This means that the UrbanShield fits snug, but provides enough protection to withstand a fall from a fair distance. Cygnett ismarketing the UrbanShield, however, more as a designer case than a protective one, so I’d recommend applying the included screen protector if you’re looking for 360-degree assuredness.

In the hand, the UrbanShield feels amazing. Unlike most shiny, slippery plastics, Cygnett has employed a matte finish here, making it non-slip and almost leather-like in its hand feel. That doesn’t preclude it from attracting fingerprints, however, so you’ll feel right at home with, or without, the case attached. 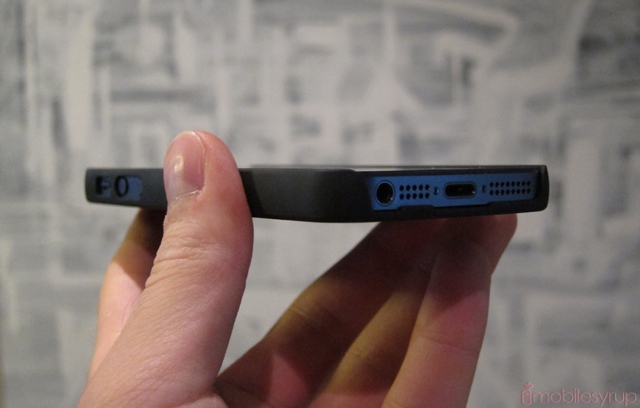 Finally, the UrbanShield stays truer to the iPhone 5’s original look than any case I’ve used to date. In black, the aluminum back meshes perfectly with the two-tone exactness of the phone’s finish, though it is considerably shinier than the iPhone itself. There is also a white version for those with achromatic tastes.

For $24.99, the UrbanShield is highly recommend for those who want an iPhone 5 case with minimal bulk and an aesthetic flourish that stays true to the phone’s original design. 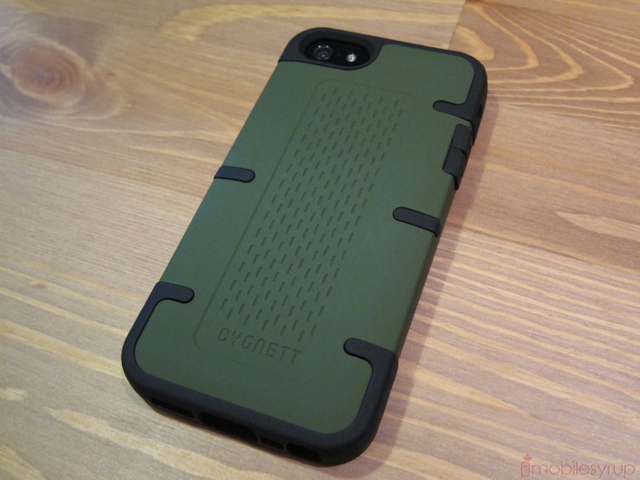 The WorkMate case, which comes in khaki (reviewed) and slate blue, is a little bit different.

Touted as a “shock absorbing” and “impact resistant,” the case was shown off in Cygnett’s popular iPhone 5 drop test (see below) only a day after the phone’s release. It is a two-piece system, like the Otterbox Commuter, with a rounded and unique design.

The first piece is a silicone vest that the iPhone slides into to protect from shocks and absorb impacts. It’s a thick piece of rubber that holds the iPhone securely. The hard shell slides on top, creating a comfortable, slightly thick, combination. 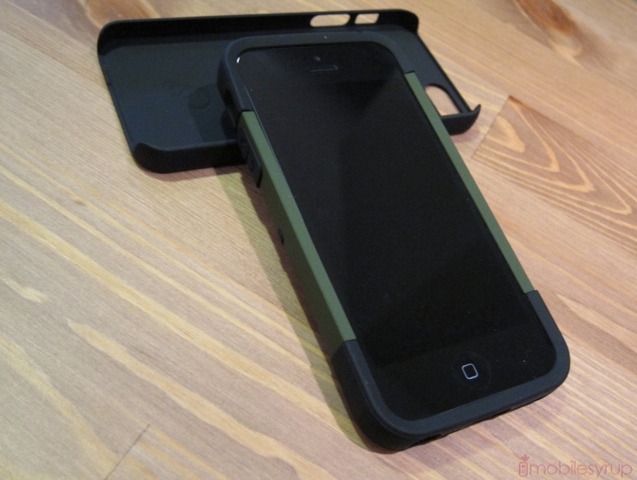 The iPhone is appears in a two-tone military-style getup, with exaggerrated volume buttons and closely-cut holes for the speaker and microphone. 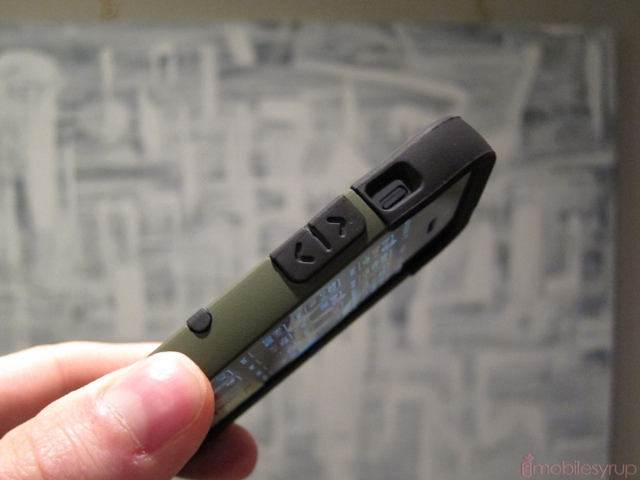 Unlike the Commuter series, the WorkMate does not obscure any of the phone’s openings like the Lightning connector and headphone jack. These, and the mute button, are considerably recessed, however, so be aware of this when trying to connect certain headphones with wide cords. 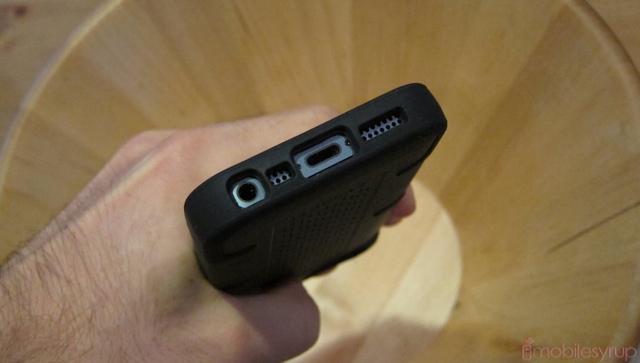 I can’t say I’m a huge fan of the design mentality behind the WorkMate, and in my testing it added slightly too much thickness to the svelte iPhone for my liking. But I can certainly see the case appealing to those who tend to be less than fastidious with their belongings.

The WorkMate case is available for $24.99 and is recommended with caveats.