Microsoft confirms Outlook 2013 will come to Windows RT tablets as part of Windows 8.1 update this fall 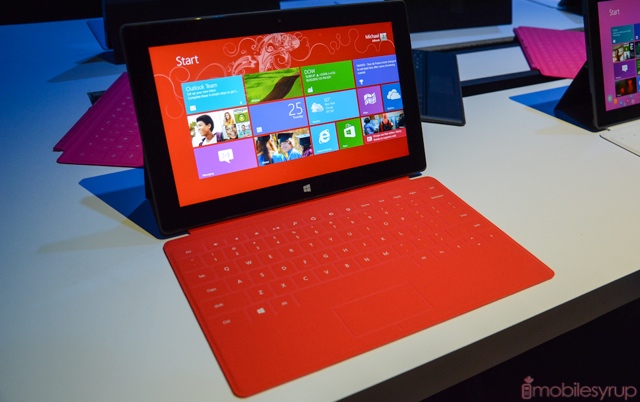 Microsoft is righting one of the most egregious wrongs to come out of Windows RT when it releases Outlook 2013 as part of its Windows 8.1 update later this year.

The company’s CFO and CMO of Windows, Tami Reller, announced the inclusion during Computex this week, saying that the software is part of the larger Office 2013 suite and will be optimized for touchscreens and tablets.

Outlook 2013 was included in Office 2013 for Windows 8, a separate suite of apps available for x86-based computers and tablets. While Microsoft added value to its various ARM-based computers and tablets by including a version of Office 2013 for free with every copy of Windows RT, Outlook was the final missing piece that consumers were clambering for.

Outlook will include inline replies and ‘peeks’ to view calendar content without switching tabs, among other unique touchscreen-related features.

Windows 8.1 was announced last month as a free update to existing Windows 8 owners. It will encompass both x86 and ARM-based computers and bring substantive improvements to features thought omitted from the initial release.

The search experience is significantly improved in Windows 8.1, and integrated SkyDrive support means it will be easier to manage files between local computers and the cloud.

For the Luddites out there, a “Boot to Desktop” mode will be supported, bypassing the contentious Windows 8 home screen completely. There will also be a “Start” button at the bottom left corner of the Desktop, familiar to Windows users, that will launch the home screen more easily.

A public preview of Windows 8.1 goes live on June 26th.