Speck, one of the most popular smartphone accessory manufacturers, decided to do something about this with its new CandyShell Amped case for the iPhone 5 and 5s. The idea is fairly straightforward: using a larger cavity, sound is routed from the bottom-facing mono speaker throughout the enclosure, widening and deepening the sound, expelling through a series of small holes on the left side of the device.

The case itself is made from military-grade polycarbonate and, like the other cases in the CandyShell series, is well-constructed and comfortable, though my black demo unit was very glossy and prone to fingerprints. 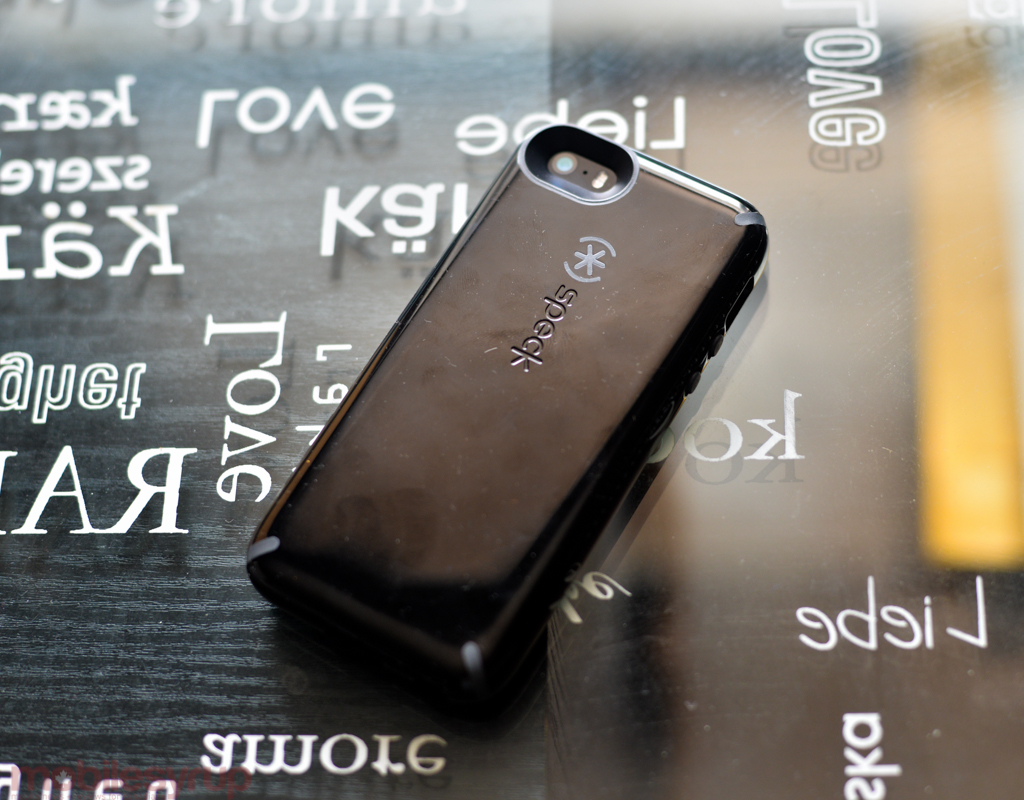 Though it only adds a quarter of an inch to the thickness of the iPhone, the extra bulk takes some getting used to. Still, if the payoff is significant, 0.28-inches is a small price to pay. Unfortunately, the iPhone 5s I used to demo the Amped case doesn’t magically sound like an HTC One M8, nor does it sound “over 2x louder+clearer” like the company claims. 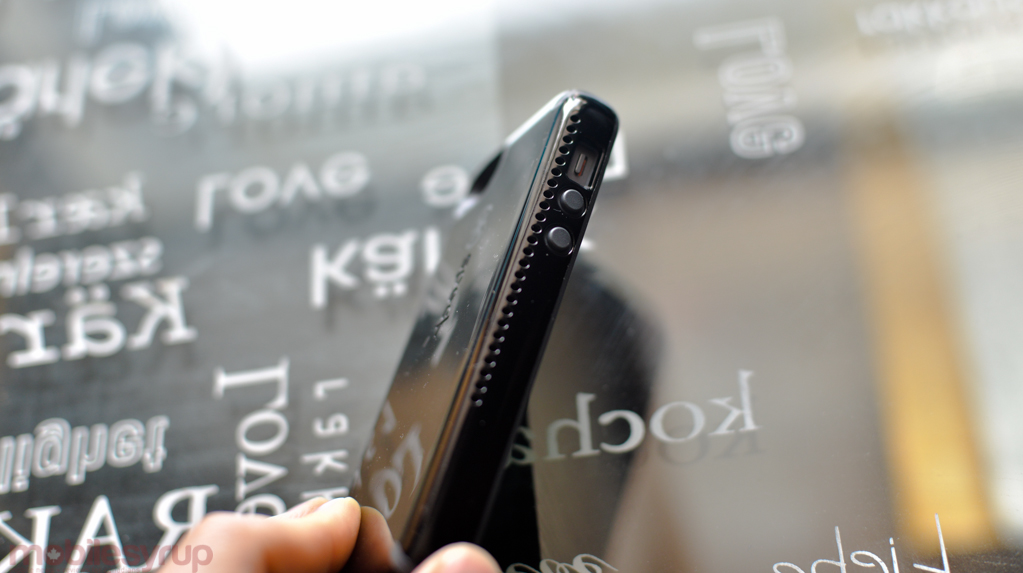 As you can hear from the Soundcloud clip above, the sound profile certainly changes for the better with the case: the highest frequencies are cut significantly, ending the unpleasant sibilance found in percussion, like cymbals, or high-pitched singing voices. The changes are not subtle, either: though certain music does sound more enjoyable, upper-midrange and lower-treble is somewhat buried, ending in a more muddied sound with lower dynamic range than with no case at all.

I actually enjoyed this shift, and were it not for the fact that the internal “horn” cavity extends the length of the device just enough to make a right-angle headphone connector impossible to insert, I’d wholeheartedly recommend the case. 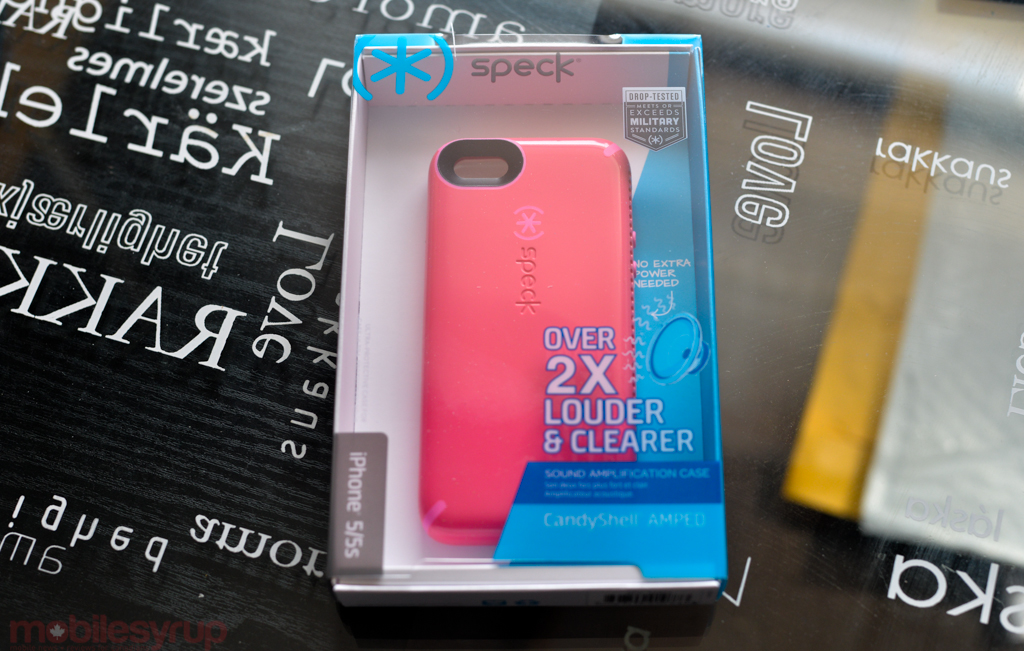 For $44.95, the CandyShell Amped is a difficult case to recommend unless you’re specifically looking to use your device more for conferencing or music. There is no way the sound is twice as loud — at maximum volume, I noted about a 20% increase in output from streaming Rdio tracks, but that could be merely limitations with the source — but the sound is significantly better, and that’s enough for me to issue a limited recommendation.

The CandyShell Amped case is available in Black, Bubblegum Pink, and Caribbean Blue.