Mira has no plans to launch its smart bracelet in Canada

Early in December, Mira made headlines with its fitness bangle that aimed to motivate women to work out while providing slighting patronizing words of advice.

Fast forward a few weeks and Mira is at CES, hoping to stir up some publicity for its fashionable fitness bracelet in a sea of similar devices. The company was on site at CES Unveiled on Sunday night where it revealed to MobileSyrup that it has no plans for a Canadian launch. In fact, a company rep told us that Mira has no international plans at all. The Chicago-based company is US-only and it seems that won’t be changing anytime soon. 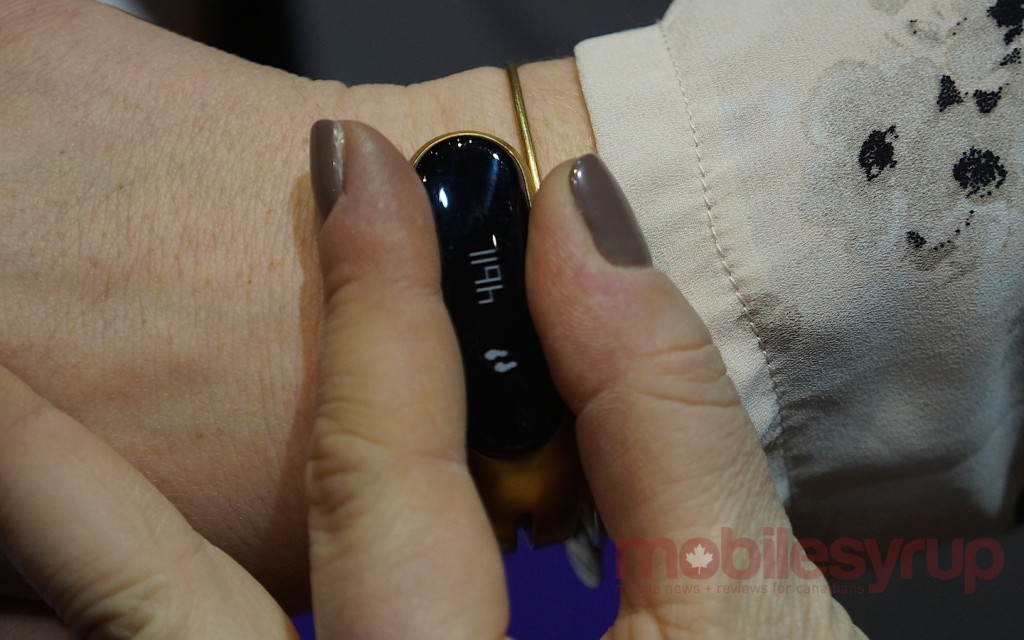 We also got a change to try the Mira, which comes in ‘Petite’, ‘Small’ and ‘Medium’ sizes. It tracks steps, calories burned, meals, and the intensity of one’s workouts. The display is activated by touching both sides simultaneously. Hold your fingers in place and the watch will cycle through the time, your calories burned, and your steps.

Though the Mira is quite sleek in form factor, we found the gold colour a little too brash in person. We were also disappointed with the lack of a rubber covering at least on the end of the wrist band. It made the bangle a little uncomfortable to take on and off. Fine for a piece of jewelry you plan to wear every now and again, not so great if you’re putting it on every day.