After issuing a quick resolution for the Galaxy S6, Samsung’s Galaxy S5 and Note 4 are the latest devices to receive a fix for the Stagefright vulnerability in Canada. We’ve received tips that some carriers have pushed out the update, specifically Videotron, Rogers and Telus. The update itself appears to be 150MB to 180MB in size depending on the model. 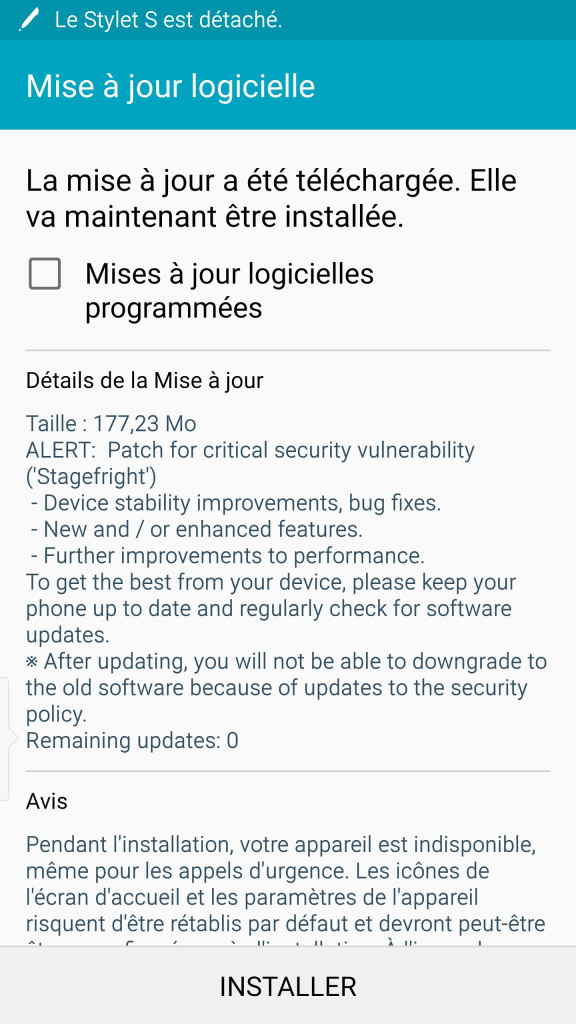 Stagefright was discovered by security firm Zimperium, which found a vulnerability within Android that allowed attackers to take control over a Android 2.2+ device by sending a malware-ridden MMS video. As a result, Google and several manufacturers rushed out a security patch to fix the issue while promising future monthly updates.