With society more or less imploding, there was at least some truly great entertainment in 2017

In many respects, 2017 was definitely not the best year for the world, to say the least. Fittingly, though, outside of all the scandals, the world seemed to respond by offering copious amounts of much-needed, well-made escapism, making this one of the best years for entertainment that I’ve ever seen.

Narrowing this list down certainly wasn’t easy, with so many great movies, games and the like barely missing the cut, but here are just five of the things that kept me enthralled this year, in no particular order. 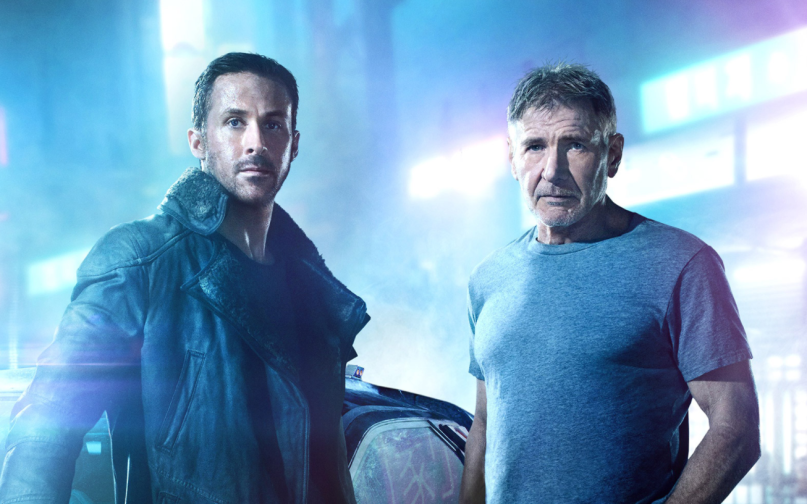 Denis Villeneuve has quickly proven himself to be one of the best filmmakers in recent years thanks to a filmography that includes the likes of Prisoners, Sicario and Arrival. That’s a track-record the French-Canadian continued to uphold with Blade Runner 2049, the long-gestating sequel to the 1982 Ridley Scott film that’s widely regarded to be one of the greatest sci-fi flicks of all time.

Understandably, Villeneuve faced a ton of pressure going into 2049 — both to honour the legacy of the original Blade Runner while also making a follow-up that can stand on its own merits. I’d say he more than succeeded, with Blade Runner 2049 being an emotionally-resonant and thematically rich film with some great performances and Roger Deakins’ absolutely beautiful, Oscar-calibre cinematography.

Replicant Agent K’s (Ryan Gosling) main quest to find meaning in his artificial life, as well as his unique relationship with artificial intelligence Joi, provide Blade Runner 2049 with a thoroughly compelling central narrative. Likewise, Harrison Ford’s long-awaited return as Rick Deckard is also artfully handled, with the grizzled former Blade Runner presenting K with some tricky philosophical quandaries to deal with (not to mention having to come to terms with some of his own). This is undoubtedly Ford’s finest performance in years.

With many Hollywood blockbusters taking a more bombastic route, particular in 2017’s rather dismal summer of cinema, it’s refreshing to see one like Blade Runner 2049 prove that big budget movies can still be profound and moving. It really is a shame that more people didn’t see this masterpiece.

While The Legend of Zelda: Breath of the Wild is topping many Game of the Year lists (deservedly so, mind you), my personal favourite game of 2017 is Persona 5. JRPGs have somewhat tapered off in recent years, but Persona 5 shows that the genre’s still got it. Interestingly, though, where P5 truly excels isn’t in JRPG staples like finely-tuned turn-based RPG combat or highly deep and addicting monster capturing, although it does both expertly.

Instead, Persona 5 is a masterclass in handling narrative and characters, creating my most memorable gaming experience of 2017. What could have been a vapid ‘Japanese Student Life Simulator’ instead turned out to be an exceptionally multi-layered portrayal of a very believable cast of characters. Persona 5 juggles surprisingly complex, socially-relevant themes like the struggles of foster care, adult relationships with a minor and social anxiety disorder with a high degree of care.

And while it was completely unintentional on Atlus’ part, the game’s North American release timing couldn’t have been more appropriate. Seeing a small group of do-gooders fight to expose the societal injustices in the world, particularly when it comes to sexual abuse and corruption, is all too timely, given what’s transpired over the past several months. You’ll never see it coming.

Until 2016, for as long as I can remember, I’d always dreamed of having Spider-Man appear on the big screen with other Marvel superheroes. Seeing my favourite fictional character of all time interact with the likes of Iron Man and Captain America was something that I thought would never be possible, given that Sony has held the film rights to Spidey for many years. That all changed thanks to an unprecedented 2015 deal between Marvel Studios and Sony Pictures to share use of the character and bring him into the massively popular Marvel Cinematic Universe (MCU), promising team-ups with the likes of the Avengers and Guardians of the Galaxy.

But while last year’s seminal Captain America: Civil War offered a scene-stealing appearance from the wall-crawler, we all had to wait until this year’s Spider-Man: Homecoming to get his first solo MCU film. And boy, was it worth it. Tom Holland’s Peter Parker/Spider-Man is the first time a movie has truly captured the essence of the character — an eminently flawed yet earnest and genuinely likeable young man with a ton of heart. Peter’s completely understandable but ultimately naïve pursuit of becoming a big-time hero allows for perhaps the most compelling, deeply human arc for a superhero I’ve ever seen.

A small but meaningful role for Robert Downey Jr.’s Tony Stark was a great development for that longstanding character, too, bringing out a previously unseen caring mentor side to the snarky hero. His dynamic with Peter is absolutely brilliant. And Michael Keaton’s Vulture was at once both intimidating and relatable, offering the best superhero villain portrayal in years.

Spidey’s finally back where he belongs, and I couldn’t be happier.

For what it’s worth, I really wanted to include Logan here. James Mangold’s send-off to Hugh Jackman’s incredible 17-year-stint as Wolverine was simply phenomenal, but to keep things more interesting, I wanted to limit this to one superhero-related property. (Anyone who knows me can attest to how much of an unabashed Marvel and DC fan I am.) While I really loved Logan, Spider-Man: Homecoming edges out because of how much more I love the Web-Head. 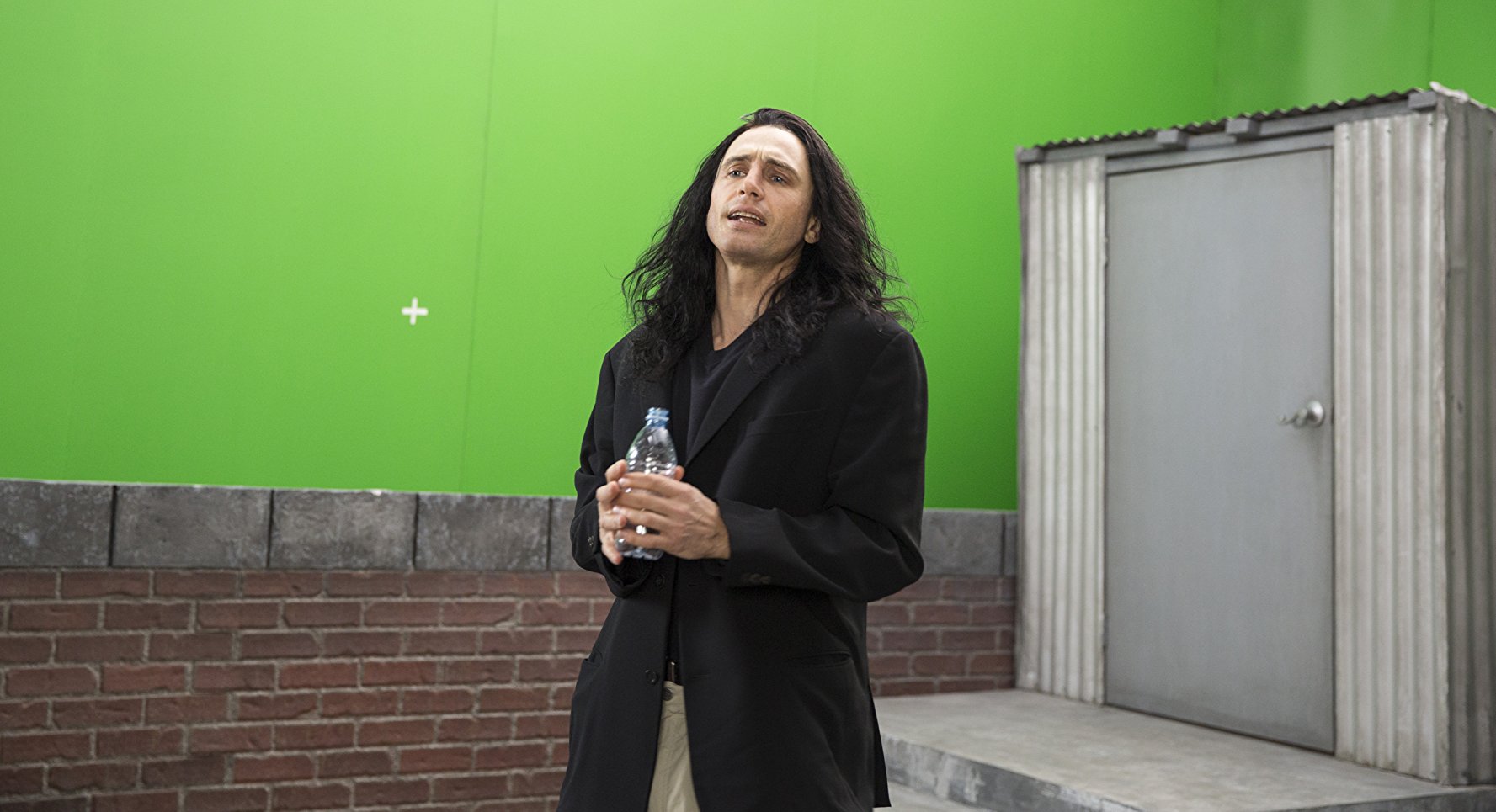 “Oh, hi, Mark!” That seemingly unassuming line, along with countless other classics, really didn’t mean anything to me until only very recently when I finally watched The Room, the best ‘worst movie ever made’ from writer-director-producer-star Tommy Wiseau. I’m so glad I did, though, as it’s it’s one of the most enjoyable movies I’ve ever seen — due to the fact that it’s a complete creative failure in pretty much every conceivable way.

But if there’s one person who loves The Room more than anyone — save perhaps its lovably eccentric creator himself — it’s got to be James Franco. Having watched the film countless times and read the 2013 book The Disaster Artist chronicling the film’s troubled development and production (as told by Wiseau’s The Room co-star and friend Greg Sestero and journalist Tom Bissell), Franco — serving as producer, director and star — took it upon himself to adapt the utterly bizarre behind-the-scenes story for the big screen.

The result is a lovingly crafted film that works as both a hilarious comedy and a surprisingly endearing tale of friendship, filmmaking and never giving up on your dreams. Indeed, while it would have been too easy for Franco to constantly go for the gag and make the movie a complete Wiseau roast (and don’t worry, he gets plenty of good-natured jokes in there), he ultimately chooses to show the man as a rather sympathetic figure.

Being shunned by society and never given a chance, no matter how passionate you are about your art — this is something I suspect a lot of people can understand and even relate to. At the centre of all this is the touching bond between Wiseau and Sestero (played by Franco’s real-life brother Dave), which gives the movie a great emotional hook. What a story, indeed.

Virtual reality begins to prove itself 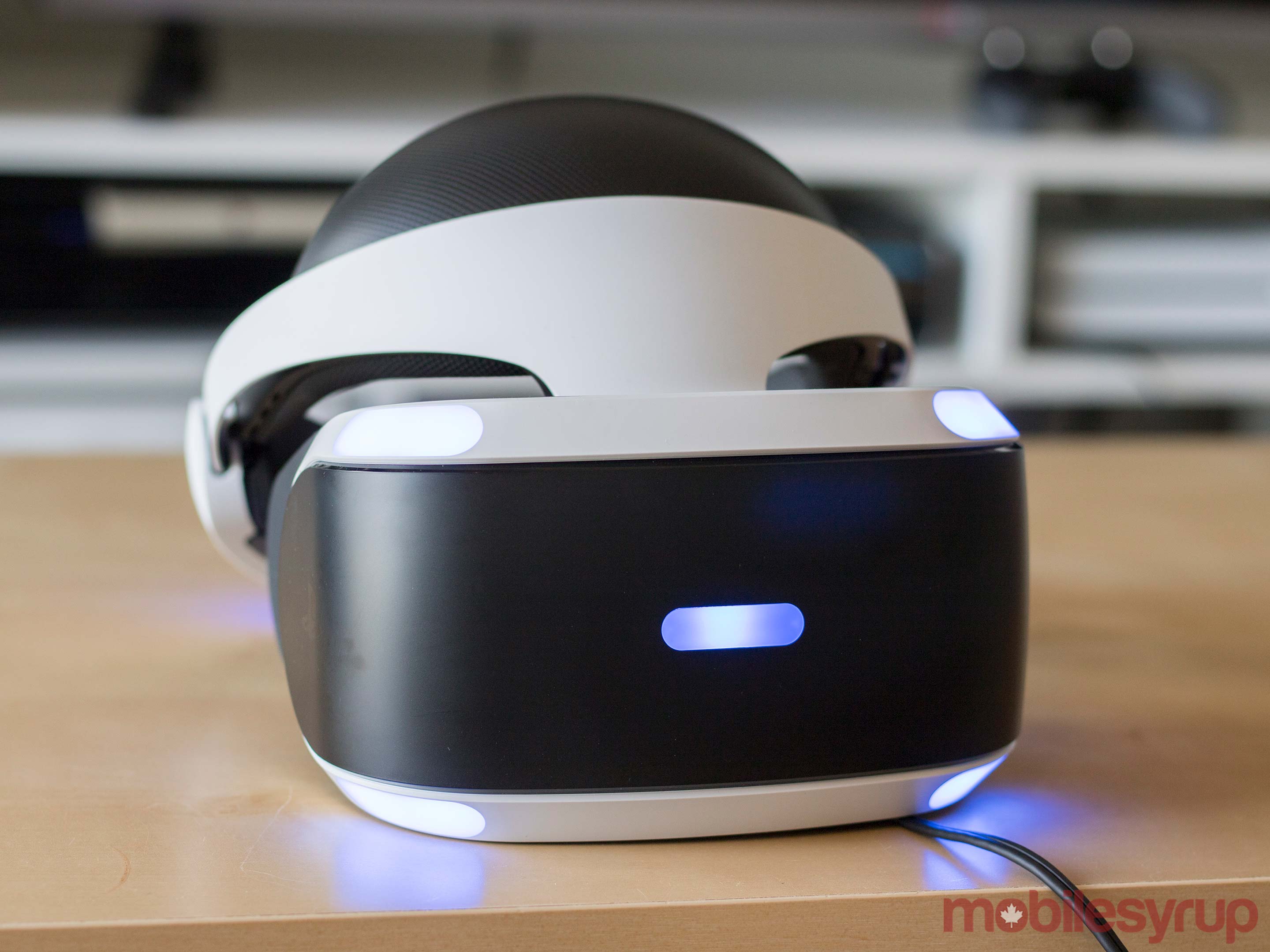 (Somewhat broad, I know, given that this encompasses many “things.” But hey, this is my list!) While commercial virtual reality headsets from the likes of Samsung, Facebook, HTC and Sony made their debut in 2016 (with Windows Mixed Reality headsets this past October), it wasn’t until 2017 that we got the first full year to properly see what they’re capable of.

Sales-wise, they’re doing alright, with over one million headsets across all manufacturers sold so far. But VR was always going to be a slow burn when it comes to widespread adoption, so the current burgeoning sales figures aren’t what interest me. Instead, I’ve been fascinated to see how talented developers around the world are using VR to innovate in the field of entertainment and beyond, even while the technology is in its infancy.

See, I’ve always taken issue with people calling VR a fad in the vein of 3D movies. VR technology so clearly has a plethora of applications that completely transcend what mere visual-enhancing glasses can do for the movie-going experience. In 2017 alone, VR allowed Oscar-winning filmmakers to experiment and create immersive, emotional and meditative short experiences like Manifest 99. Horror experiences such as Resident Evil 7: Biohazard were deeply intensified in VR thanks to a heightened sense of atmosphere and scares that quite literally jump in your face. And VR really made ultimate power fantasies come to life, letting you feel like John Wick in Superhot VR or Superman in Megaton Rainfall.

These are only a handful of examples, though. As with any budding technology, we’re only beginning to scratch the surface of what VR can really do. Over time, we can expect developers to discover new ways to further innovate with the tech, and that’s a future I’m very much looking forward to.

Well, that’s my list. There are so many other things I’d like to have included, from wonderful movies like The Big Sick, Coco, Wind River and Get Out to outstanding games like Middle-earth: Shadow of War, What Remains of Edith Finch, Wolfenstein II: The New Colossus and Hellblade: Senua’s Sacrifice. I’m not much of a TV guy, but I also loved the third seasons of Better Call Saul and DC’s Legends of Tomorrow, as well as the new The Punisher and 13 Reasons Why series on Netflix.

What are some of your favourite things this year, tech-related or otherwise? Let me know in the comments!