Android Oreo is now installed on 0.7 percent of Android devices

Android Oreo is slowly but surely gaining ground on past iterations of Android, the latest distribution numbers from Google reveal.

The newest major dessert version of the operating system bumped up to 0.7 percent of the overall Android ecosystem compared with 0.5 percent in December. The January chart also marks the first time Android 8.1 made it on the board, coming in with 0.2 percent.

While it’s a gain on last month, the percentage is still very low considering Android 8.0 was first made available through factory images in August 2017. 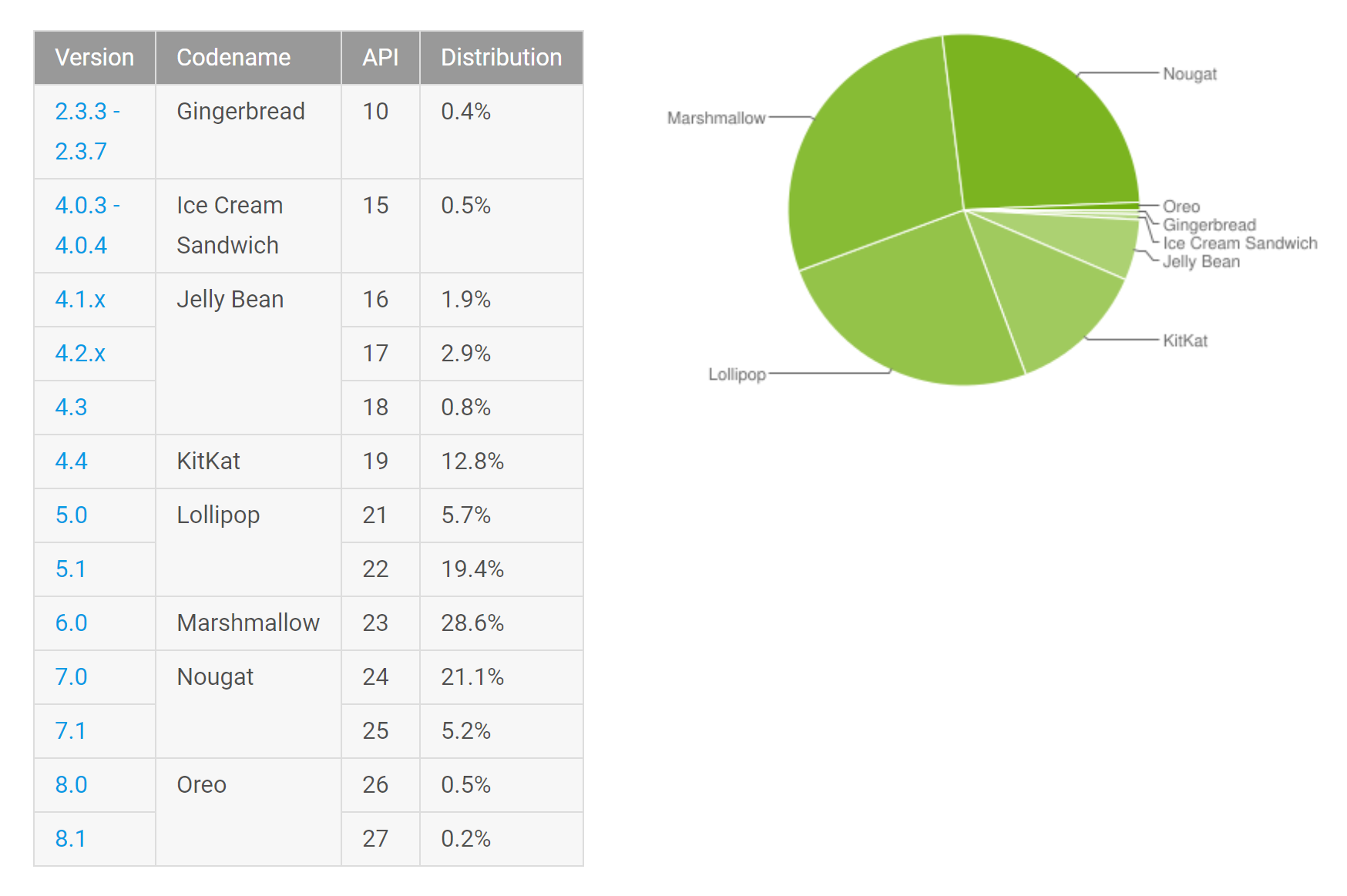