The surprise trip marked Cook’s first visit to Canada as CEO of Apple, and the first time an Apple CEO has visited the country since Steve Jobs came here in the late 1980s.

By all accounts, it was a whirlwind day in which the tech executive had a jam packed schedule that saw him travelling across the city’s downtown core. 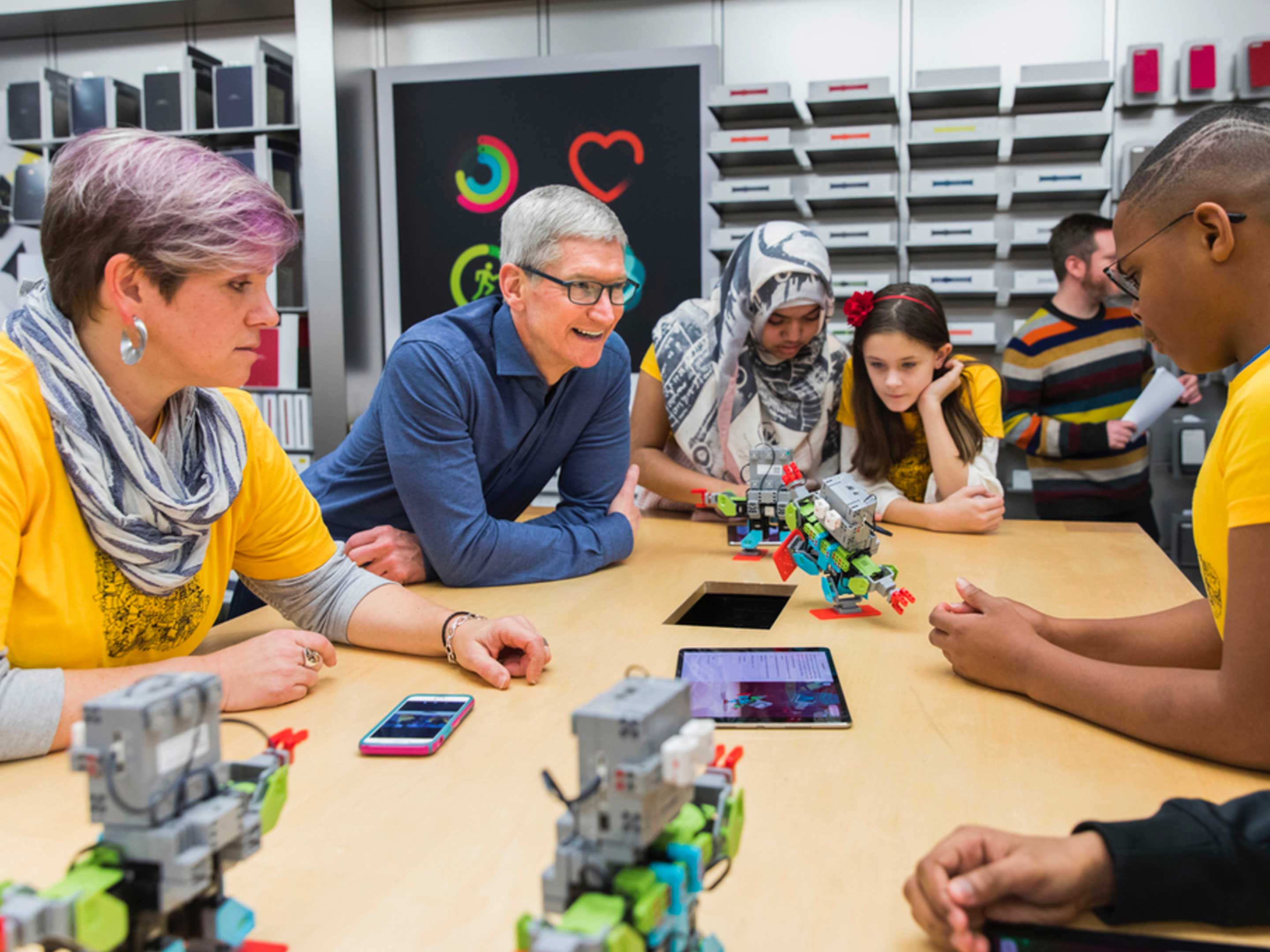 Cook started his day with a visit to the Eaton Centre, the city’s busiest shopping mall. There he went to the mall’s Apple Store to take part in workshop where Grade 7 students from Scarborough learned how to program robots to dance using the company’s Swift programming language.

The following day, Cook also visited a class of fourth year programming students at Sheridan College. Like their Grade 7 counterparts, the Sheridan College students were learning how to program with Swift.

While at the Eaton Centre, friend of the SyrupCast and freelance tech journalist Josh McConnell interviewed Cook. Speaking to Canada’s app development ecosystem, Cook told McConnell, “Canada is an extremely important market for us. We have a great team in Canada.”

He went to add: “I want to do everything I can do to highlight their innovation, their companies and their work, because it is a critical part of the entire user experience. I wanted to come say thank you.”

Just a normal Monday at the office with @tim_cook 🍎 #lifeatshopify pic.twitter.com/rYipJps4E3

To that end, Cook then made his way to Shopify’s Toronto office, located near the corner of King and Spadina. At Shopify, he met the company’s CEO, Tobias ‘Tobi’ Lütke.

In a tweet sent from his official Twitter account, Cook thanked Lütke, in both English and French, for showing him what Shopify is doing with augmented and virtual reality. While Apple was slow to publicly embrace VR and AR, Cook has been bullish on the latter technology for a while.

For instance, during the company’s Q4 2017 earnings call, Cook said, “I view AR as profound. Not today, not the app you’ll see on the App Store today, but what it will be, what it can be, I think it’s profound, and think Apple is in a really unique position to lead in this area.”

The 22-year-old is nominated in two categories at the upcoming 2017 Grammy Awards — Best R&B Performance and Best R&B. If you need an introduction to Caesar, look no further than his incredible duet with Chance the Rapper, “First World Problems.”

We got to chop it up with #TimCook today I was very shook but also very honoured. + shoutout @apple for the new gear 🙏🏿 pic.twitter.com/vfIfsgf6mS

Of course, at almost every stop, Cook was asked to take a selfie with those with whom he met. If Twitter is any indication, he was a good sport throughout.

Had a great written-exclusive interview with a CEO today in Toronto. I’m not usually one for selfies but thought I’d make an exception. Story coming this afternoon. pic.twitter.com/AsByk2ANnB

To finish his day, Cook went to the Air Canada Centre to watch the Maple Leafs play the Colorado Avalanche. The team, unfortunately, lost the game four to two.

At the end of it all, Cook thanked the city, saying in a tweet, “Thank you, Toronto, for showing me your culture, your passion, and your creativity! Hope to see you again soon.” In short, it looks like the CEO had a pleasant trip to Toronto.

Back in December, Apple’s CEO also had kind words to describe his meeting with Prime Minister Justin Trudeau at the Fortune Global Forum in China.