While music streaming platforms like Spotify, Apple Music and Google Music have made discovering and enjoying music easier than ever, they’re by no means perfect.

For one, not everyone can afford a monthly subscription. Secondly, despite the comprehensiveness of their catalogues, there’s still a lot of music content that’s not available on platforms like Spotify and Tidal.

One notable omission among all the major music streaming platforms is live concerts. With the exception of officially released live compilations, most music fans are left looking to platforms like YouTube to get a feel for how their favourite artist sounds live. Of course, the trade off is that most concert footage on YouTube looks and sounds terrible. 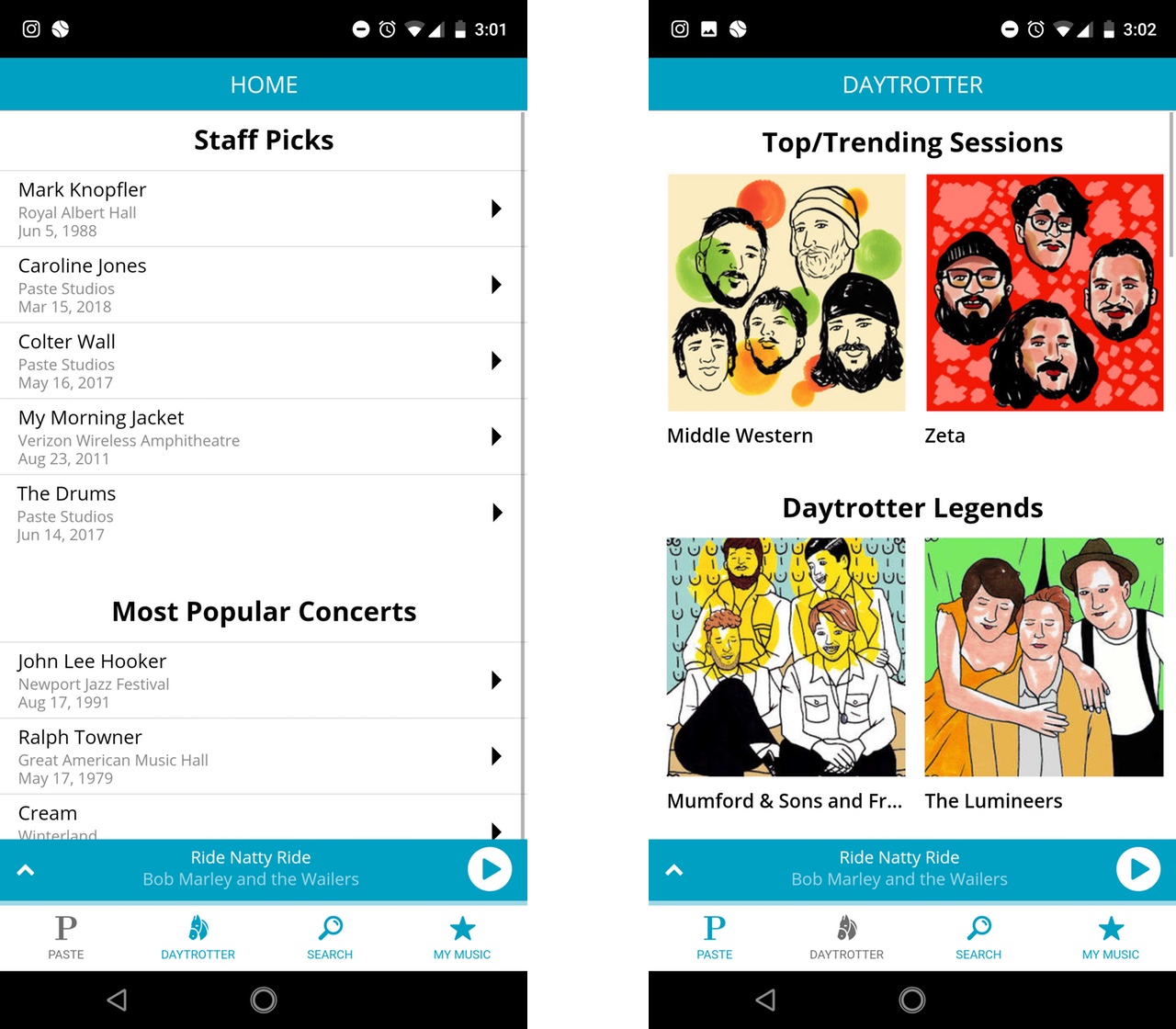 The app collects more than 500,000 live recording from across more than six decades of popular music. Browsing through their joint archives, you’ll find a Jimi Hendrix concert from 1970, a Fleetwood Mac concert from 1974, as well as more recent live performances from indie greats like Beach House and LCD Soundsystem and then even more unusual stuff like a 1982 interview with Apple co-founder Steve Wozniak.

What’s here is expansive and, in some ways, daunting, but it all sounds fantastic.

I’ve taken a particular fondness to a 1984 featuring Stevie Ray Vaughan playing a cover of Hendrix’s Voodoo Child. You can hear some of the genius that made Vaughan’s cover of the song so revelatory in the YouTube videos of him performing the song live, but to hear Vaughan absolutely shred the song courtesy of a crystal clear Paste recording — while his vocal microphone malfunctions no less — is an absolute thrill. 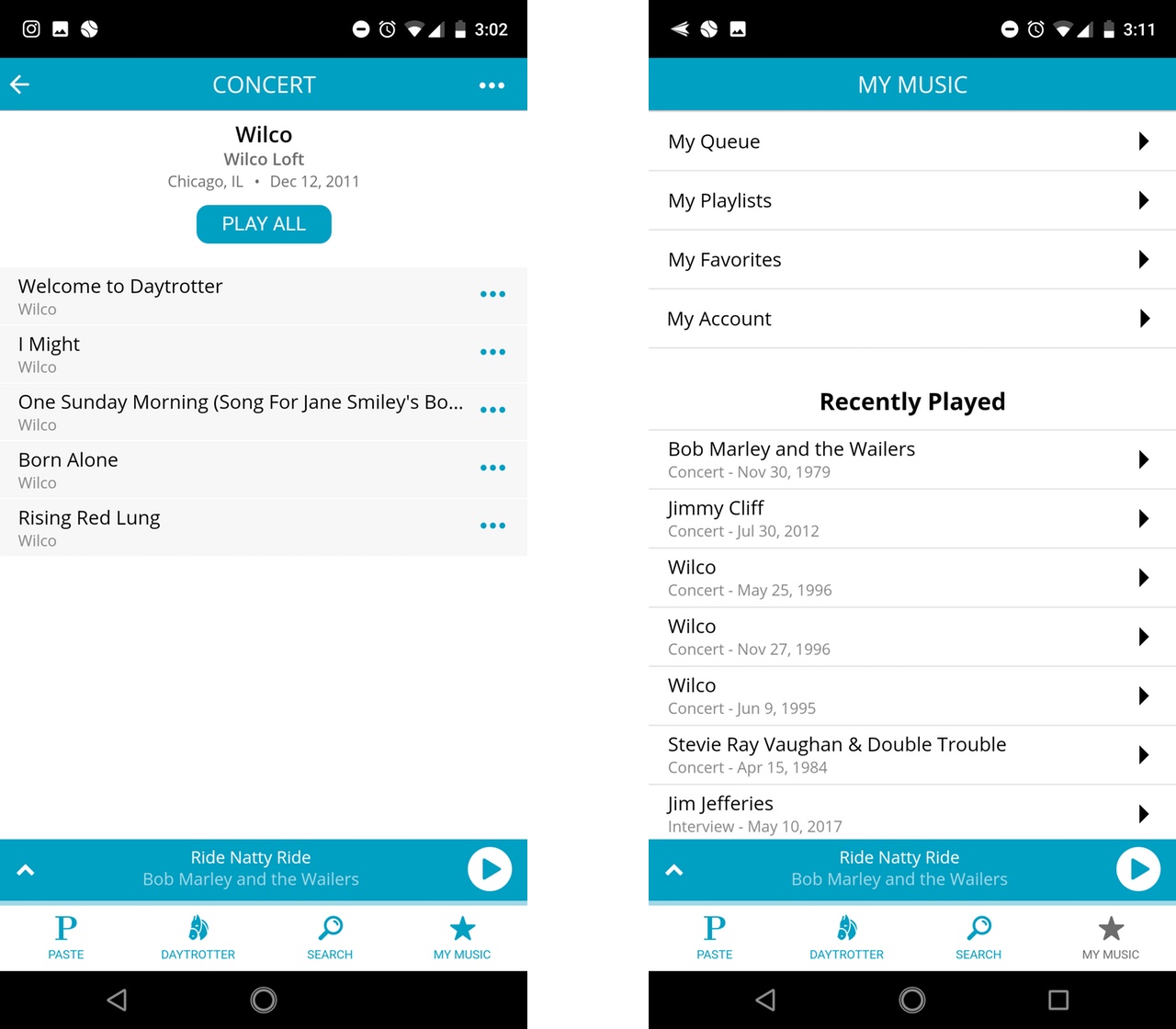 With so many songs across so many genres and periods of music, discoverability is a bit of an issue. More often than not, you’re best served searching for your favourite artists, though both Paste and Daytrotter do their best to highlight some of the best performances in their respective catalogues.

Moreover, while the app doesn’t allow users to download songs to their smartphone for offline playback, users can save their favourite songs to custom playlists. The best part of the app is that completely free; there are no ads — audio or otherwise — interspersed throughout the experience.

If you’re a music fan, the Paste & Daytrotter mobile app deserves a place on your smartphone’s home screen.

Download the Paste & Daytrotter mobile app on iOS and Android.