According to new data from Apple’s App Store support website, 72 percent of iOS devices released in the last four years have updated to iOS 12.

The Cupertino, California-based company measured the numbers through the App Store on December 3rd. It last measured iOS adoption at the end of October. 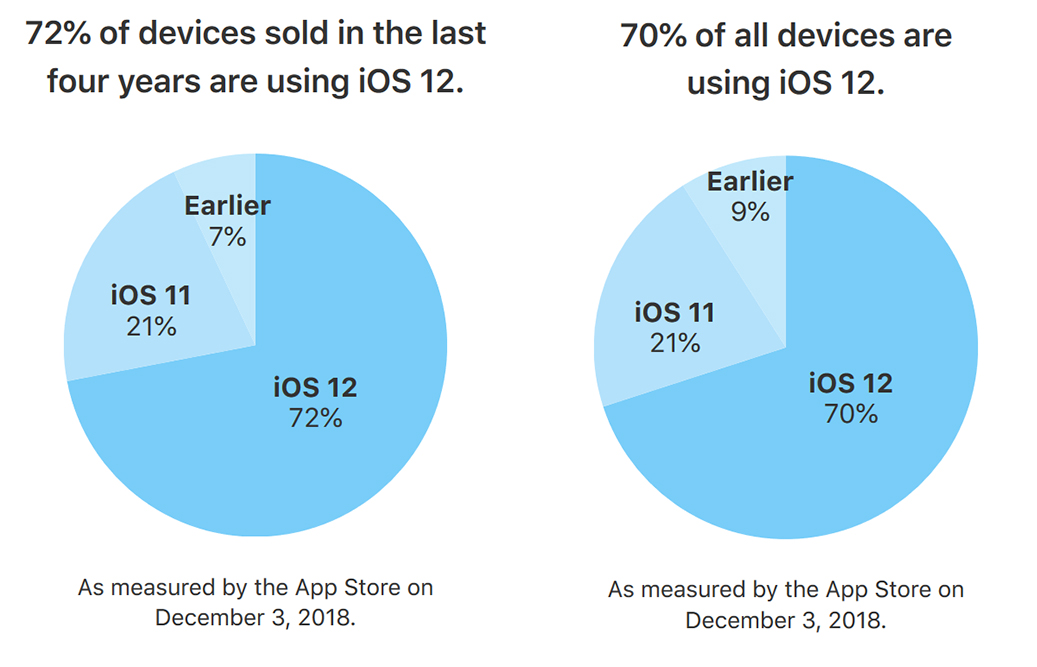 Additionally, 21 percent of devices still run on iOS 11 and nine percent run on an older version of iOS.

Source: Apple Via: iPhone in Canada