The news comes from a leaked GSMA presentation slide

Apple has reportedly “engaged in discussions” with the Global System for Mobile Communications Association (GSMA) — a trade body that represents close to 800 mobile carriers, including Rogers, Bell and Telus — to support RCS, according to a leaked slide from an October 24th, 2018 event held by the trade group.

It should be mentioned that the advent of RCS was brought on in part as a response to Apple’s iMessage platform, which natively supports all the aforementioned features. Apple is also the most notable company that has yet to formally support the RCS protocol.

Were the Cupertino computing giant to support RCS, the decision would likely significantly accelerate the protocol’s proliferation. For iOS users, Apple’s support of RCS would mean that they could enjoy all the features of iMessage even when texting non-iPhone users.

All three of Canada’s largest national carriers have committed to supporting the protocol, though with the exception of Rogers and its network, support for RCS here in Canada is patchy at best.

Over the weekend, Reddit user “flicter22” shared the slide below, which was initially spotted by 9to5Mac. As such as, readers should take this new with a healthy dose of skepticism. Moreover, even if the slide is real, it doesn’t make clear how far discussions between Apple and the GSMA have progressed. 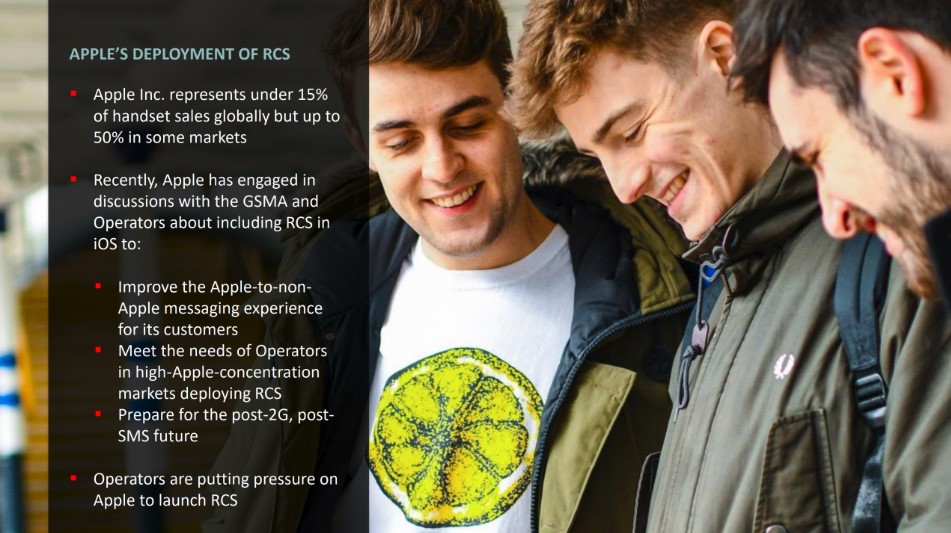 First, the company reportedly wants to improve the experience of sending text messages to non-Apple devices; second, the company wants to meet the needs of network operators in countries like Canada where iPhones make up a significant slice of the handset market but where those same operators are also deploying RCS; finally, since Apple uses SMS as a backup for iMessage, the company needs to prepare for a future in which that backup that doesn’t exist any longer.

The slide also mentions that network operators are “putting pressure” on the company to support RCS. 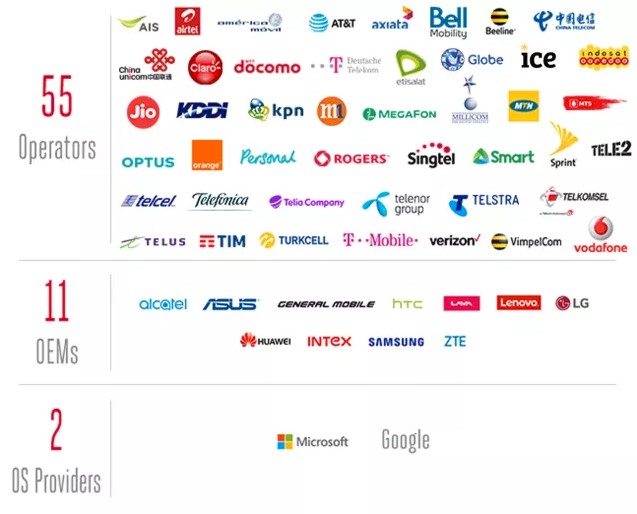 Whether any of this means we’ll see Apple supporting RCS anytime in the near future is up for debate. However, even the suggestion that Apple might be in the process of considering supporting RCS is a positive step forward for the platform.

As of February 2018, the GSMA reported that RCS is supported by 22 networks across 17 countries, with over 159 million monthly active Android users engaging with the platform.