Update — sad news: Zellweger posted a comment on the image stating, “Just to be clear: This shot was taken with a Pixel 3a. Zooming + cropping did the trick. I love this phone!.”

Google has taken a different route to unveil its next flagship smartphone by unveiling its design, along with some notable features.

The company revealed the Pixel 4 will feature face unlock capabilities and a ‘Soli’ sensor, which is a small motion-sensing radar that allows users to snooze alarms, skip songs, and silence phone calls by simply waving your hand across the device.

The newest tease comes from Claude Zellweger, Google’s director of design. Zellweger shared a picture on Instagram titled ‘Light + Shadow’ and shows benches and picnic tables. While not mentioned in the original post, Zellweger commented to a fellow Google employee that the picture was shot on a Pixel device and is using 20x zoom.

Since no other Google Pixel device has a camera with 20x zoom, this could only mean that the upcoming Pixel 4 will have an impressive camera. 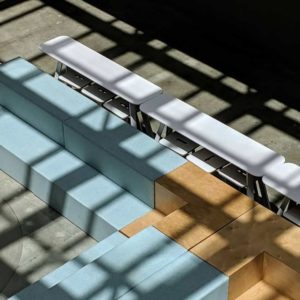 Other rumoured specs of the Pixel 4 are said to be powered by a Qualcomm Snapdragon 855 chipset, 90Hz refresh rate displays, 64GB and 128GB storage configurations, 6GB of RAM, stereo speakers and Google’s Titan M security module.