DJI's OM5 is a solid gimbal that offers a wide variety of features, more-than-enough battery life and top-of-the-line stabilization

DJI’s latest mobile stabilizer offering, the OM5, looks strikingly similar to its predecessor, the OM4 — but don’t let its looks fool you.

The OM5 combines the capabilities of a stable gimbal with a built-in selfie stick, making the versatile product a solid buy for Vloggers, videographers, TikTok-ers, and all content creators in general.

Since 2016, DJI has released a new flagship gimbal annually with new features and capabilities. First off, let’s start with what’s novel to the OM5.

Even with a built-in selfie stick — which the OM4 didn’t have — the new OM5 is about 100g lighter than its predecessor and has a smaller form factor when folded. 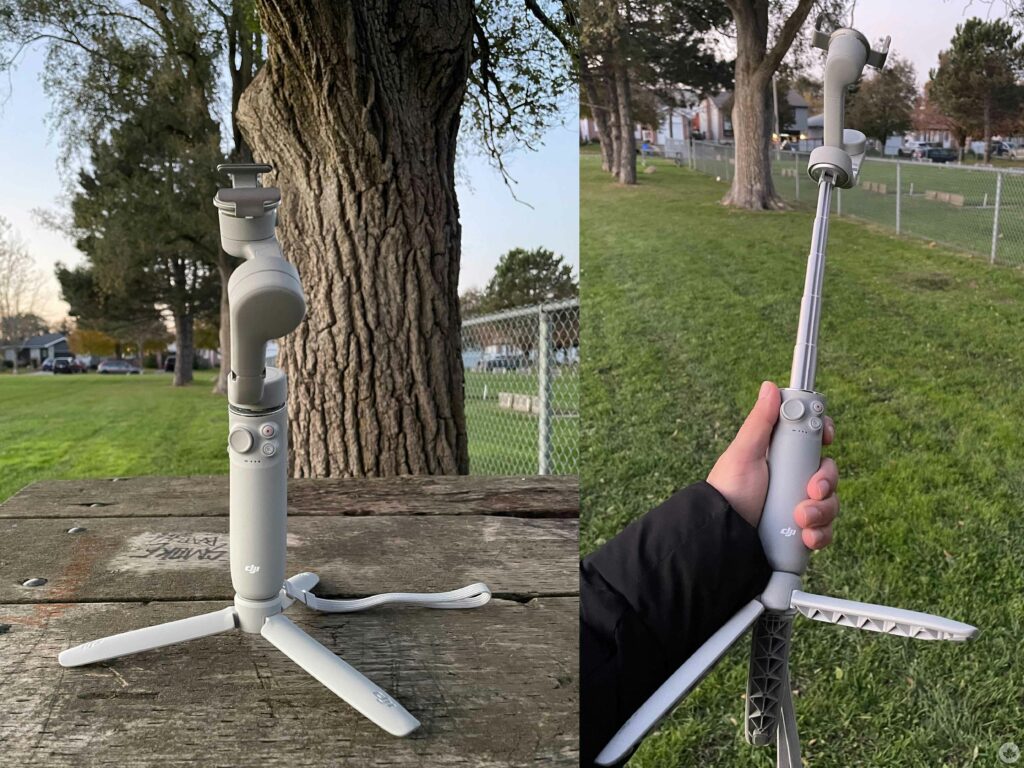 It’s small enough to fit in your pocket, and although it’s a little uncomfortable, it fits easily in a handbag or a backpack.

The OM5 features DJI’s ActiveTrack 4.0 with Face Tracking that relies on algorithms and your smartphone’s camera to keep you or your subject centred in the frame. The feature works well when your subject is strolling or moving around quickly, for example, while playing a sport.

The OM5 includes a smaller 1,000mAh battery that helps it achieve an easy-to-hold-for-long-durations weight. Compared to OM4’s 2,450mAh, which delivers around 15 hours of battery life per charge, the OM5 runs for roughly six hours. Six hours is acceptable for someone like me, who usually only uses the gimbal on certain occasions. However, if recording video with your phone plays a part in putting food on the table, I recommend going for a longer-lasting gimbal. 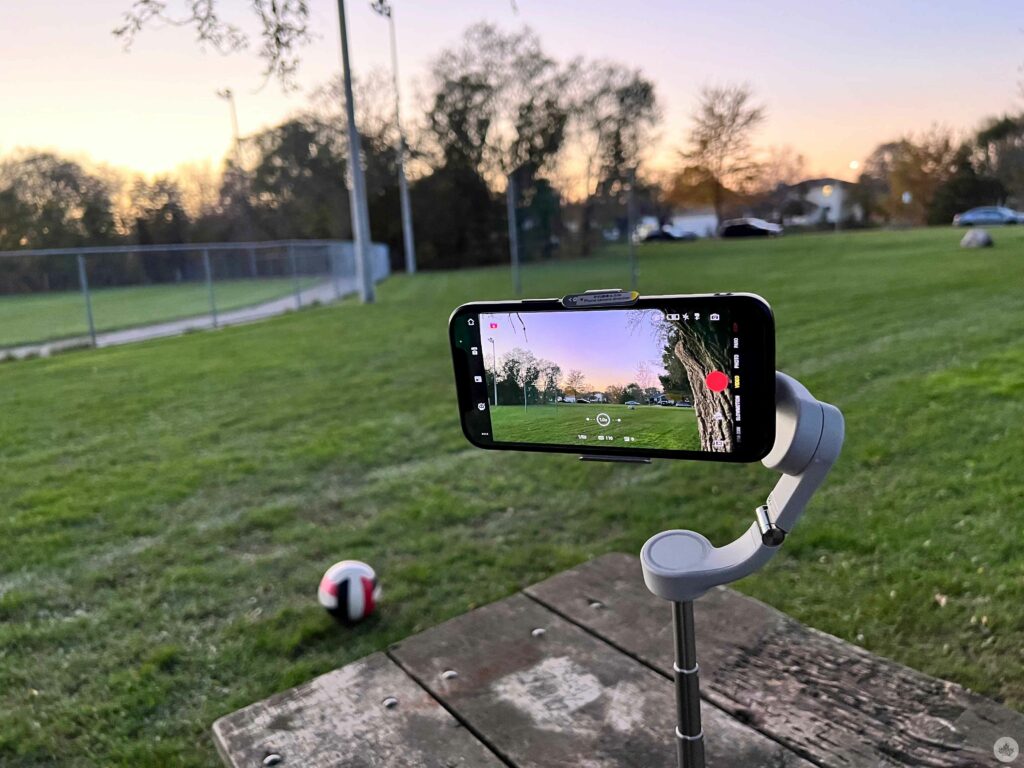 Moving to the app side of things, the OM5 includes a new feature called ShotGuides that recommends pre-set tutorials regarding what kind of shots to record and where. The app then automatically renders all individual shots together and delivers one polished video that, most of the time, looks like it was shot by a professional. I feel seasoned videographers won’t make much use of this feature. It’s kind of like being well-versed in using a DSLR but still shooting on ‘Auto’ mode.

However, the feature is great for people learning how to shoot different types of shots, like your A-Roll and B-Roll, and can teach how to stitch the shots together to tell a convincing story.

DJI has also updated the magnetic clamp. If you’re unfamiliar with the clamp’s purpose, it’s basically a tool to attach your phone to the gimbal. The clamp stretches out and attaches to the back of your phone, with the magnet facing outwards. The magnet then connects to the gimbal and locks the phone in place. I kid you not, the magnets are strong and hold the phone in place. For example, you can’t get the device to fall off unless you try to intentionally.

Further, according to DJI, the updated clamp is now compatible with a lot more phones (one of the major complaints against the OM4 was its clamp’s lack of compatibility). It can hold devices measuring in the 67 – 84mm range that are under 290g.

The OM5 is a modern-looking gimbal with curved edges and a rubberized grip. It has three clicky buttons, one joystick, an up/down toggle for zooming in and out and a trigger button that works with a lot of features. All the buttons are highly-accessible, though I wish they were a little bigger and textured somehow.

Pulling the top out is effortless and reveals an 8.4-inch extension rod that conveniently transforms the gimbal into a telescopic selfie pole.

The pole feels unbelievably sturdy for its height and manages to stabilize your device even when you’re shooting video on the move.

I wish there was a button to extend and retract the pole, but that comes with its own technical problems and likely a higher price, so I’m fine with having to pull it out manually.

The joystick that controls the gimbal’s horizontal and vertical movement is textured on the border and registers commands accurately and in real-time. It works in conjunction with the OM5’s solid three-axis stabilizer.

Next to the joystick is a record button that can be used to start/stop recording or take photos.

Underneath that, you’ll find a ‘Switch’ button that allows you to toggle between the front and back cameras, along with switching between portrait and landscape shots.

The OM5 makes shooting video a breeze. While modern smartphones already have impressive stabilization, the OM5 takes it to the next level. Like its predecessor, the OM5, even in twitchy scenarios, like playing soccer, was able to maintain a stable frame while tracking and keeping the subject centred.

ActiveTrack works when you draw a square around a subject. The said ‘subject’ doesn’t necessarily need to be human. However, the feature seems to work efficiently when it recognizes a head and shoulders.

Several other features are controlled directly through DJI’s Mimo app. For example, you can effortlessly shoot 3×3 panorama photos. Simply set your device on a tripod, point it towards the general direction of what you want to shoot and select the built-in panorama mode.

The app will automatically move the gimbal around to take nine photos from different angles. The app then stitches the photos together to give you one large 3×3 panorama, which would otherwise be a chore, and especially difficult if you don’t know how to stitch photos together (I don’t). 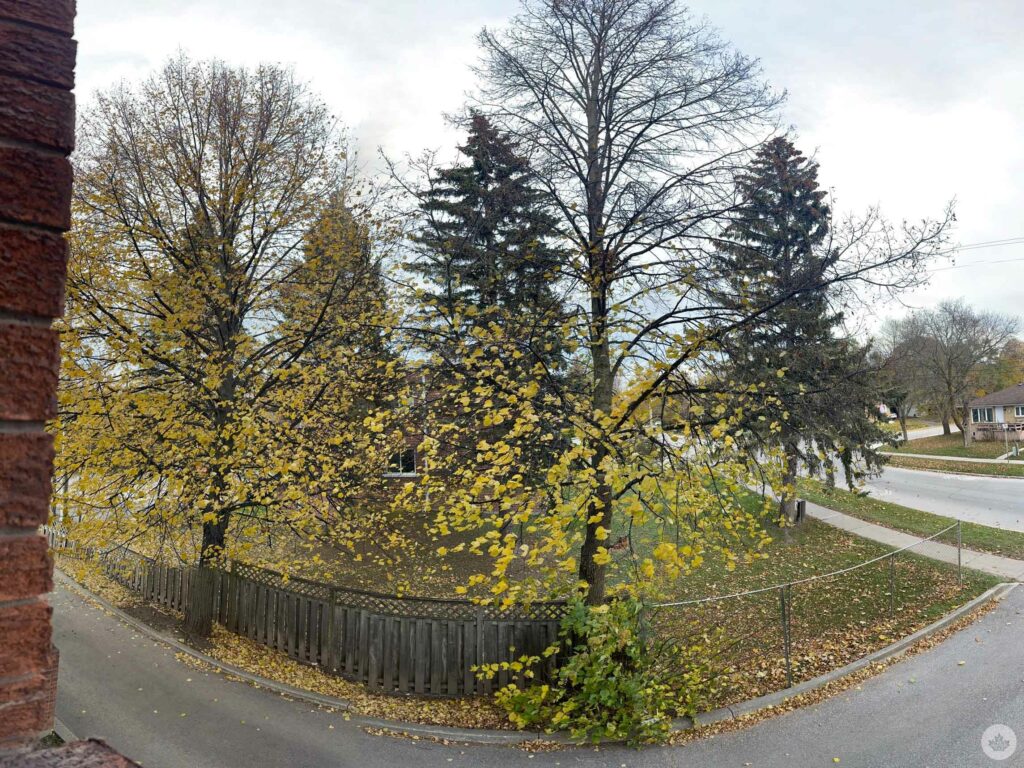 Some other features that the app offers are ‘Timelapse,’ which can be shot in four different modes, ‘Hyperlapse,’ ‘DynamicZoom,’ ‘Slow Motion’ (only on iOS) and Story. The Story mode is essentially a visual storytelling tutorial that teaches you how to shoot different shots and stitches them together with music in the background, with different pre-sets for various settings and moods. Personally, I wouldn’t say I like using such ‘guided-shooting’ method, though they can be useful for people shooting short, dynamic and creative content for their social media.

The app offers a range of other information, including your phone’s battery level, the gimbal’s battery level, different resolutions and frames per second for video, along with various superficial ‘beauty effects.’

In today’s world, where, with the right amount of hard work, nearly anyone can make a living shooting content, I think DJI’s OM5 is a solid gimbal that offers a wide variety of features, more-than-enough battery life and top-of-the-line stabilization. You’ll likely have to spend a little time playing around with the gimbal to understand how to use it and to explore all the features the Mimo app has to offer.

It is small enough to be carried in your pocket/bag and can transform into a telescopic selfie stick in a matter of seconds. It speaks to newbies and professionals alike with guided instructions on framing, moving, and positioning the gimbal. The OM5 can be an excellent tool for short-video creators on platforms like TikTok and Instagram Reels, but at the same time, it can also be a handy device to take along with you on vacation.

The OM5 comes in two colourways — Athens Gray and Sunset White. In the box, you’ll receive a phone clamp, tripod, a USB-A to USB-C power cable, a storage pouch and a wrist strap. It is available to order now from Amazon and Best Buy for $179.99.

MobileSyrup utilizes affiliate partnerships. These partnerships do not influence our editorial content, though MobileSyrup may earn a commission on purchases made via these links.