While I really enjoyed my time with Ubisoft Toronto’s Far Cry 6, the general consensus seemed to be that the game was, more or less, “just another Far Cry game.”

Admittedly, that’s not without merit — the latest entry in the long-running first-person sandbox shooter franchise does indeed feel quite familiar overall. I dig the tried-and-true gameplay loop, but I also see why others are tired of it.

But that’s what makes Far Cry 6‘s DLC so intriguing — it’s quite the departure from the series’ norm. The general concept is to take three of the franchise’s standout villains — 3‘s Vaas Montenegro, 4‘s Pagan Min and 5‘s Joseph Seed — and give them each a tighter roguelite experience? That’s certainly one way to shake things up.

And, for the most part, it’s successful in that regard. For the uninitiated, roguelites task you with progressing through (often procedurally-generated) areas to receive perks, weapons and/or other gear that typically reset upon death.

With Vaas: Insanity, Ubisoft Toronto and Shanghai have taken that framework and thrown Vaas right into it. Essentially, the unstable pirate is trapped within his own mind, and he’ll need to try to escape by fighting through his inner demons, again and again and again.

It’s a clever way to provide narrative justification for the repetitious nature of what Vaas is going through while giving the developers creative liberty to explore the inner machinations of his mind. The biggest shortcoming of 2012’s Far Cry 3 was that the charismatic villain was criminally underused, a trend that would sadly only continue in future Far Cry titles. But letting you actually explore Vaas’ psyche makes for a delightfully trippy experience. Montreal’s Michael Mando (Better Call Saul) reprises the role to deliver an excellent performance that’s every bit as engaging as you remember. In general, it’s just a fun way to let you learn a bit more about Vaas’ backstory while hearing Mando deliver various sinister one-liners. 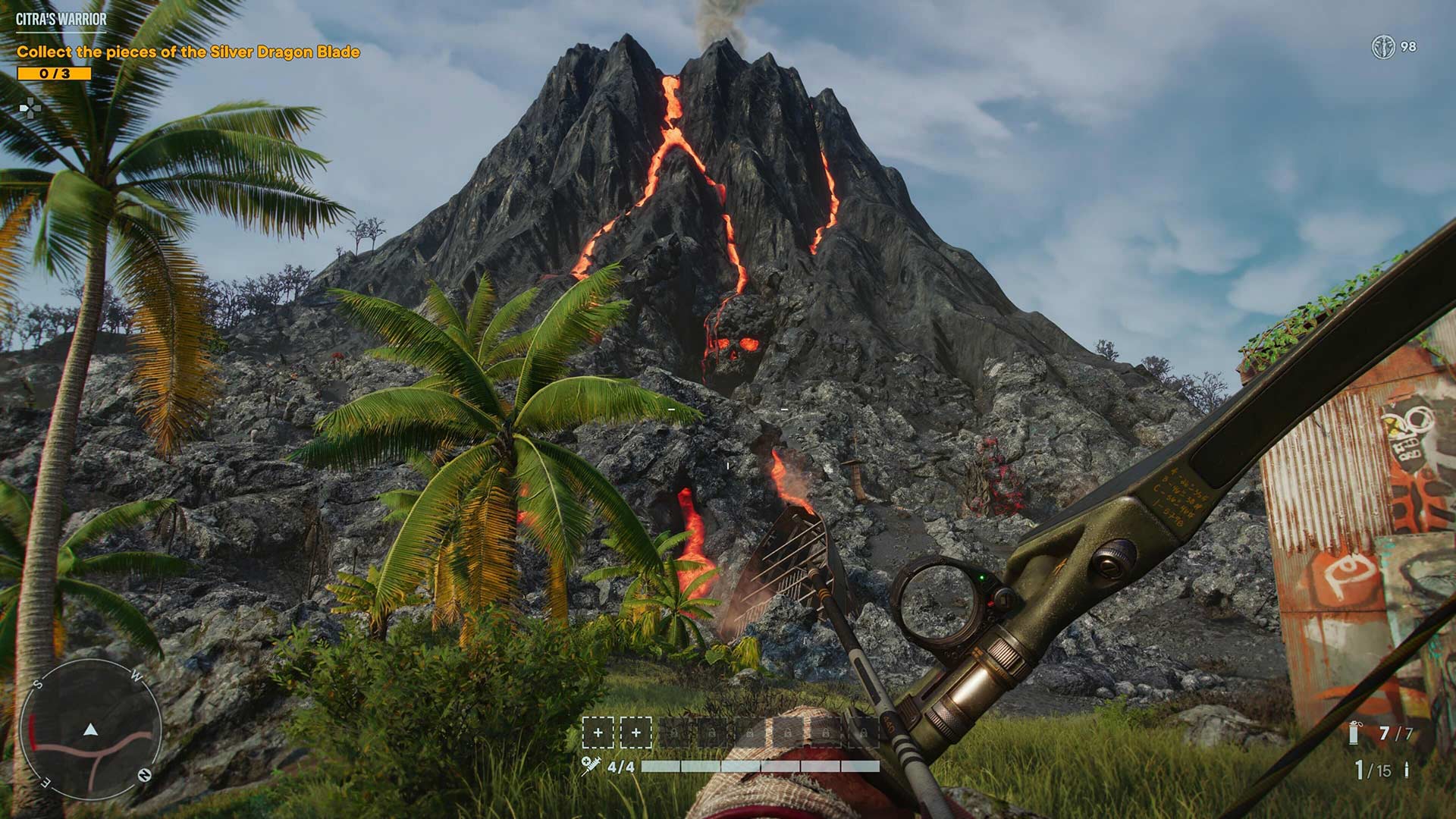 What’s more, Ubisoft has used the opportunity to bring back some familiar faces from Far Cry 3: his sister Citra and nemesis Jason Brody. Citra, as a representation of his inner thoughts, offers a good rapport with Vaas as you play. But it’s Jason who legitimately surprised me, in the best way possible. He was a pretty bland and obnoxious “party bro” in the original game, but here, he serves as a recurring antagonist who attempts to prevent you from escaping. He can be genuinely tough and even threatening with his powerful arsenal and Jason Voorhees-esque mask. At the same time, it feels like Ubisoft is well aware that people didn’t like him and is now having a bit of fun with the character by allowing you to kill him over and over while Vaas goes on about how much he loathes him.

These and other narrative morsels are slowly unpacked as you make your runs through the small isle. Graciously, this isn’t a 1:1 recreation of Far Cry 3‘s Rook Islands; instead, it takes landmarks like the giant boat from the original game and repurposes them on a smaller landmass. People regularly gripe about the checkbox nature of Ubisoft open-world games, so it’s refreshing to have a tighter sandbox to play in that doesn’t feature one million different markers on your map.

Instead, the roguelite nature means exploration is primarily tied to progression. While you can make a straight run for the story objectives you need to clear, you only start off with a pistol, so you’ll want to seek out challenges that unlock better weapons, like rifles and bows. You’ll also earn cash that can be spent on permanent upgrades, like increasing your healing syringe capacity (an essential feature here since your health doesn’t regenerate), that carry on between runs. This also means that, at least early on, Vaas: Insanity can prove pretty tough, especially when a flamethrower-equipped Brody shows up to roast you — figuratively and literally. 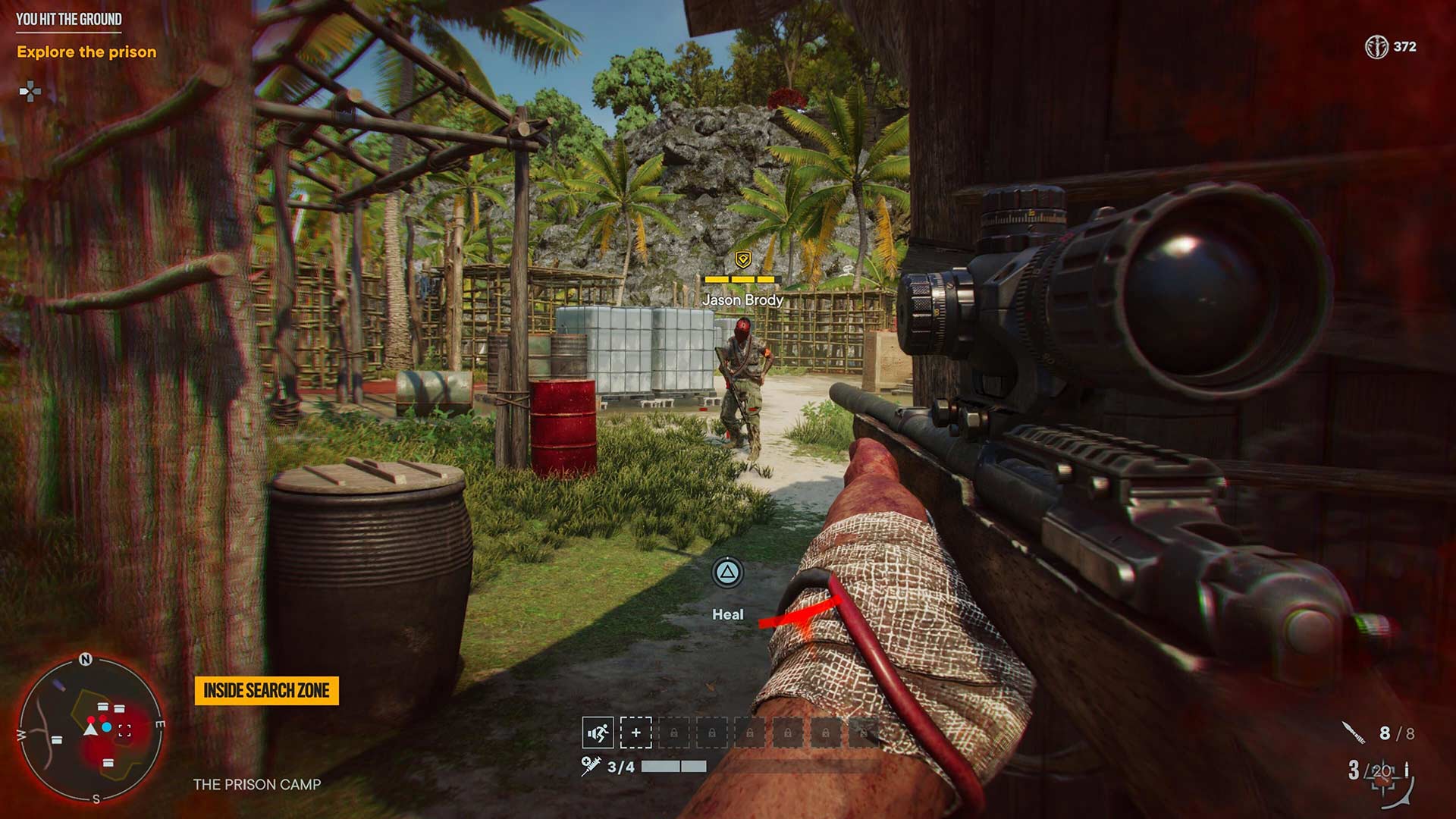 All told, none of this is essentially new for a roguelite game, but I nonetheless appreciated how much it brings to Far Cry. Not since the first two Far Cry games has the series ever really felt difficult, especially when you quickly develop a slow arsenal and have NPCs like guerilla fighters, dogs and even alligators to assist you. In Vaas: Insanity, such bombastic approaches aren’t feasible — you have to play a bit more carefully. Of course, you’ll eventually get more powerful as you grind for more cash and weapons, but this happens at a more natural pace so as to make it feel more impactful. While you could, in theory, go through the full story in around two hours if you’re good enough, the number of optional challenges and higher difficulty levels add decent replay value to the experience.

Having said that, your mileage will likely vary with the DLC’s roguelite inspirations. I’ve never been a huge fan of the genre outside of Supergiant’s masterful Hades, and that still applies to an extent with Vaas: Insanity. While I greatly respect how it shakes up the Far Cry formula, there were instances when I felt that the signature “live, die, repeat” rhythm of the roguelite got in the way of the story. At times, I just wanted to move on and see more of Vaas’ story, but particularly difficult — sometimes, unfairly so — firefights got in the way of that. Therefore, fans of Far Cry‘s classic open-world sandbox mayhem should keep in mind before going in that Insanity is pretty different. You’re going to have to work for that extra Vaas goodness, which might not be for everyone. 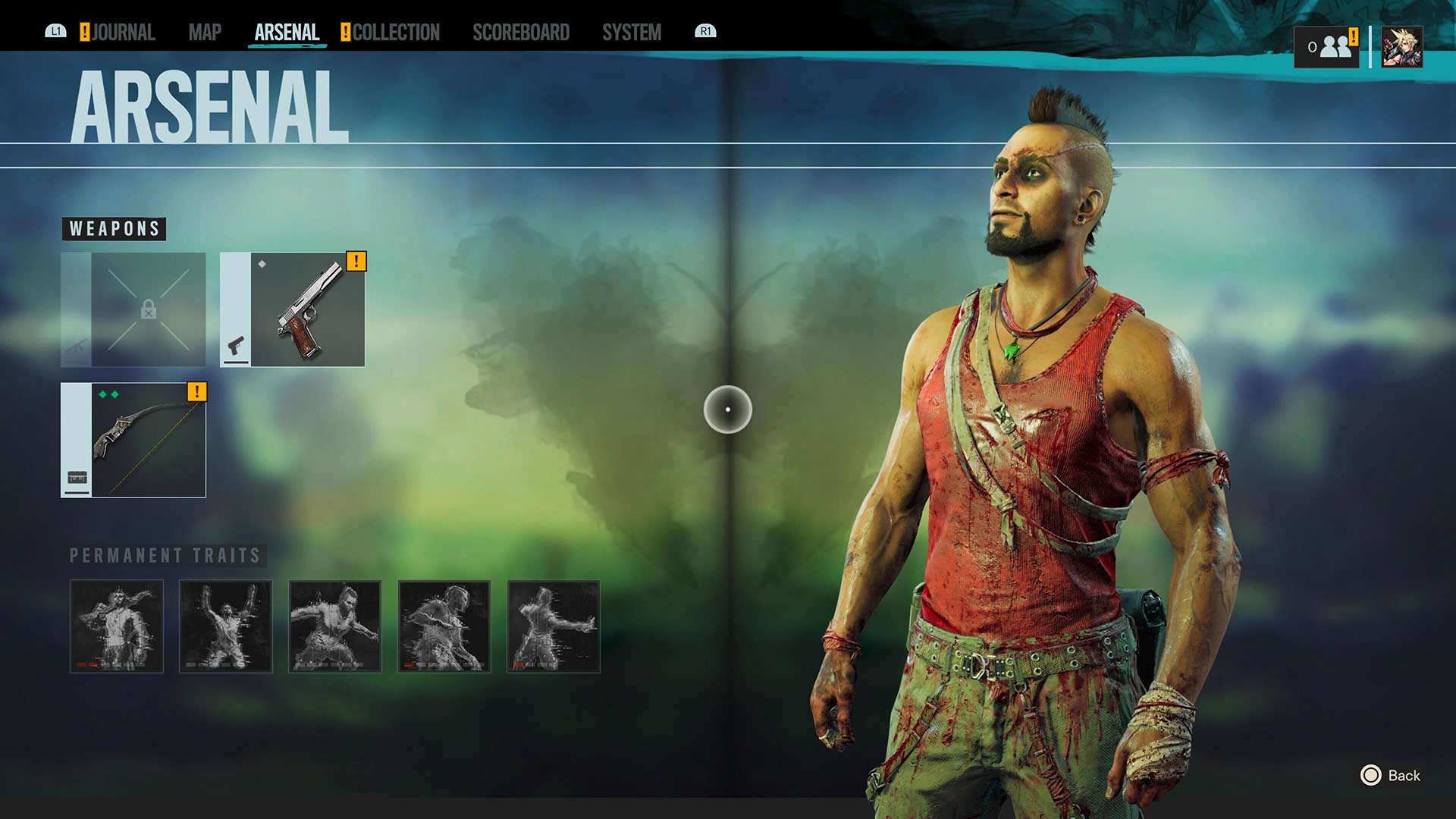 Ultimately, though, I have a lot of admiration for the DLC. It gives us what we wanted (more of Mando’s fan-favourite character) while offering a genuinely different spin of Far Cry‘s excellent core mechanics. I’m not much more intrigued to see what Ubisoft does with the upcoming Pagan Min and Joseph Seed expansions.

Vaas: Insanity is now available on PlayStation 4/5, Xbox Series X/S, Xbox One and PC for $19.99 on its own or as part of the game’s $49.99 Season Pass (which is included with some versions of Far Cry 6). Pagan: Control and Joseph: Collapse will release in January and March of 2022, respectively.