9to5Google spotted the change in a help page for Adobe’s ‘Camera Raw’ extension, which handles the processing of RAW images for many Adobe services (like Lightroom and Photoshop). The extension’s December update, or version 14.1, expands RAW support to several devices, including:

It’s worth noting that Adobe lists RAW support on a per-camera basis. For example, the Galaxy S21 Ultra received RAW support for its telephoto and “super” telephoto cameras, while both iPhones got support for the ultrawide cameras (Camera Raw already supported both phones’ main cameras).

With the Pixel 6 and 6 Pro, Adobe added support for all the cameras, including the selfie camera, main rear camera, the ultrawide camera and the 6 Pro’s telephoto camera.

Official RAW support should make it easier to edit RAW photos captured with the Pixel 6 and 6 Pro. One of the main benefits of the RAW format is that it captures more data from the camera sensor, which gives editors more room to play with when they bring the image into a program like Adobe’s Camera Raw. 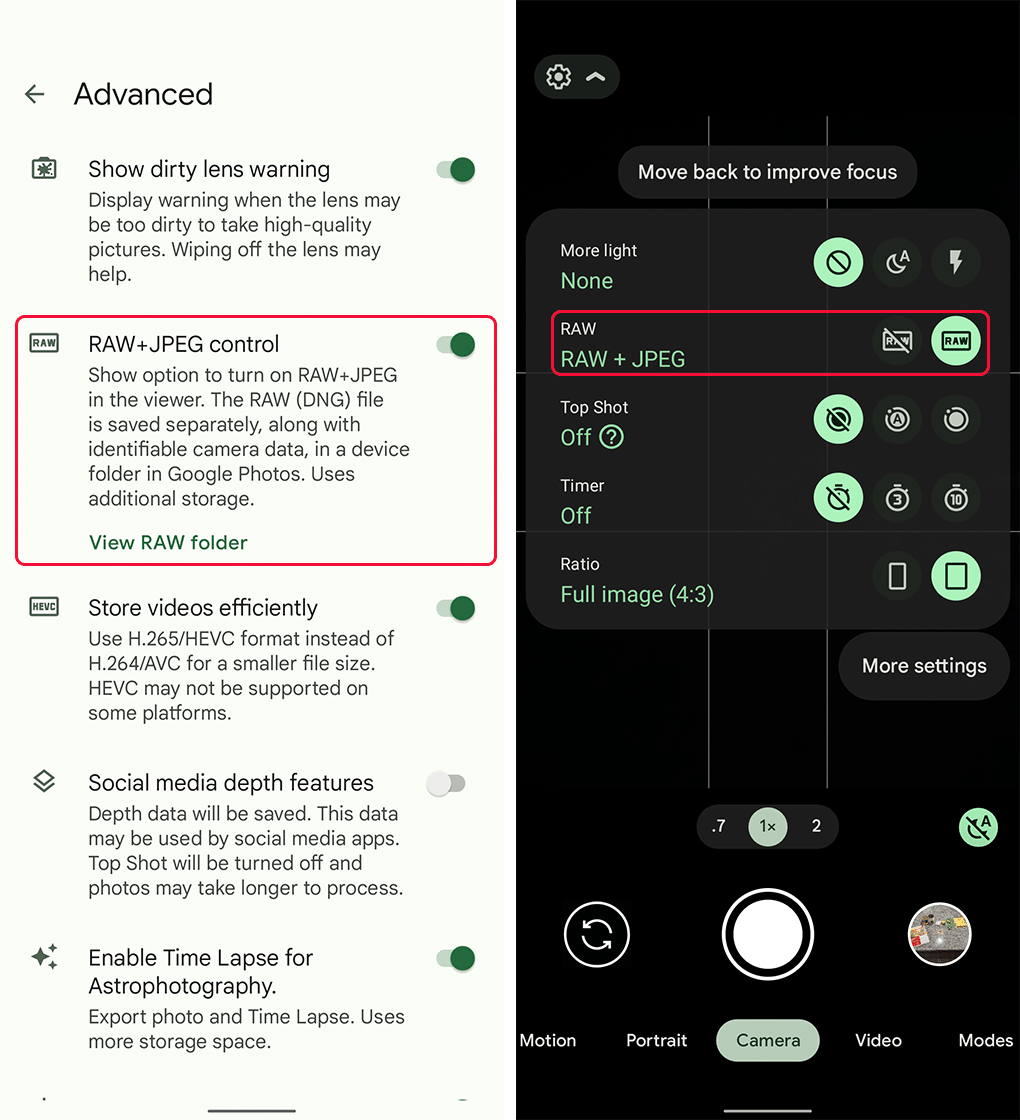 If you haven’t used RAW images on your Pixel before, here’s how to turn them on: Open the camera > Tap the gear icon in the top-left corner > More settings > Advanced > Turn on RAW+JPEG control. Now if you go back to the camera and tap the gear icon again, there should be an option to toggle capturing just a JPEG file or a RAW and JPEG file.

You can find a full list of devices supported by Camera Raw here.