Here are the best phones released in Canada in 2021

2021 has been one of the least interesting years for smartphones in Canada in recent memory.

Relatively well-known manufacturers like Asus pretty much bowed out of the Great White North entirely, LG gave up on smartphones altogether, and Motorola just didn’t make a splash. In short, the Canadian smartphone market has become pretty stagnant.

Like last year, a variety of high-quality Samsung smartphones, four new iPhones, two Google Pixels, a couple of OnePlus handsets and even Microsoft’s new Surface Duo 2 came to Canada. However, I decided not to include either the OnePlus or Duo devices in this list after speaking to Brad Bennett and Jon Lamont, who wrote our MobileSyrup reviews of the OnePlus 9 Pro and Surface Duo 2, respectively.

With this in mind, unlike in years past, this list won’t be that long, as it only includes devices from the three prominent companies that sell their smartphones in Canada: Samsung, Apple and Google. While there are other devices you can purchase through Amazon from manufacturers like Vivo, Oppo and Asus, these smartphones are sold by third-party sellers and can’t be bought from their manufacturer or a Canadian carrier, significantly limiting their availability.

Samsung, just like last year, has three phones on the list, but this year, two of them are foldable. 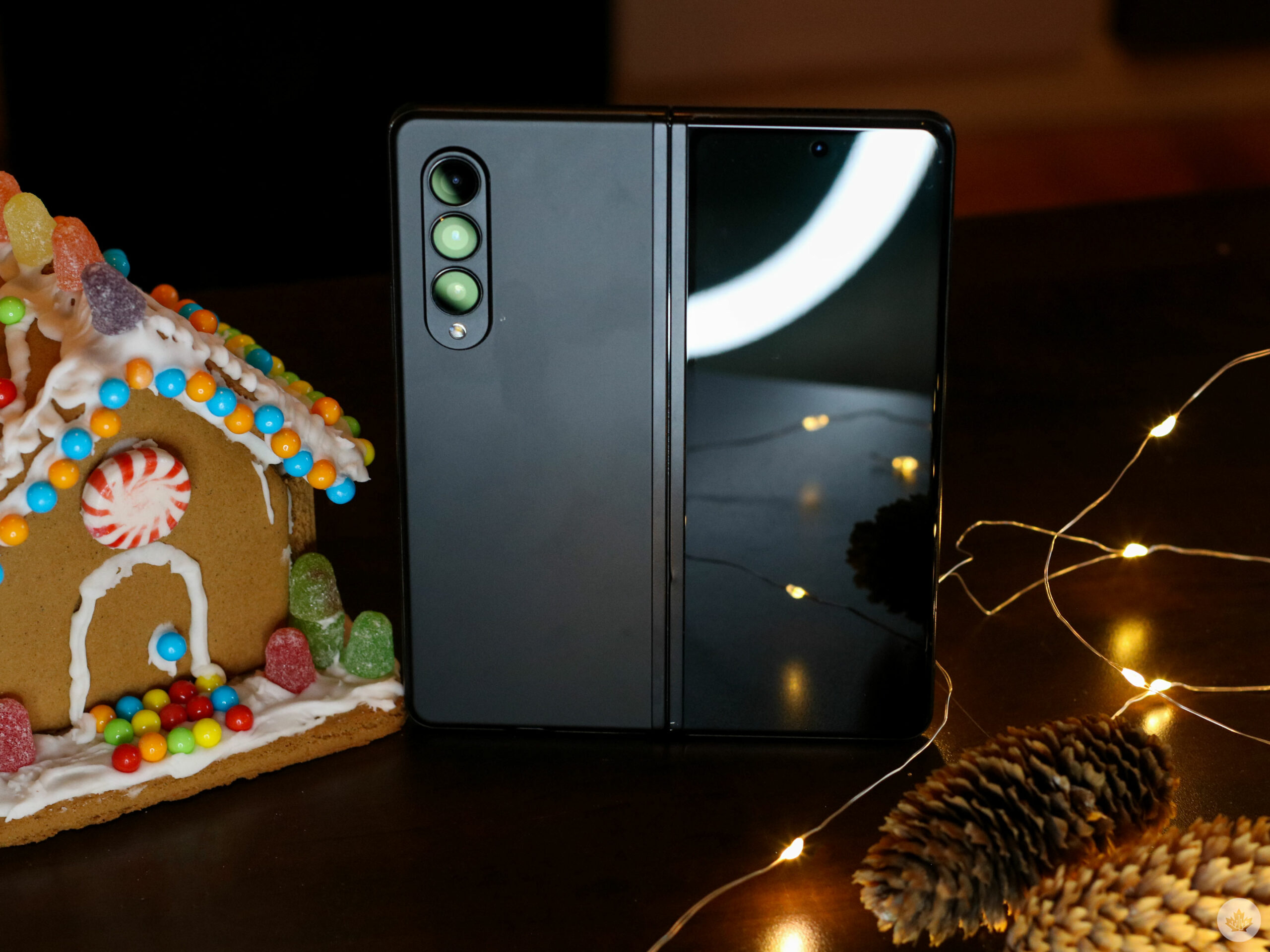 The 6.7-inch Cover Display, on the other hand, features a normal Infinity-O, and unlike last year, offers a 120Hz refresh rate.

The foldable also features a Qualcomm Snapdragon 888 processor, 12GB of RAM, and a trio of great 12-megapixel rear shooters. And while a new Note smartphone didn’t release this year, the Z Fold 3 works with Samsung’s S-Pen stylus, though you need to purchase it separately.

Unlike the Z Fold and the Z Fold 2, the Z Fold 3 doesn’t feature any significant compromises. It may be foldable, but it’s also an all-around great smartphone at the same time.

In my review, I said, “The Z Fold 3 is water-resistant, more durable, $500 more affordable than its predecessor, has two good 120Hz refresh rate displays, a top-of-the-line processor, 12GB of RAM, and a user interface that is near perfect.” 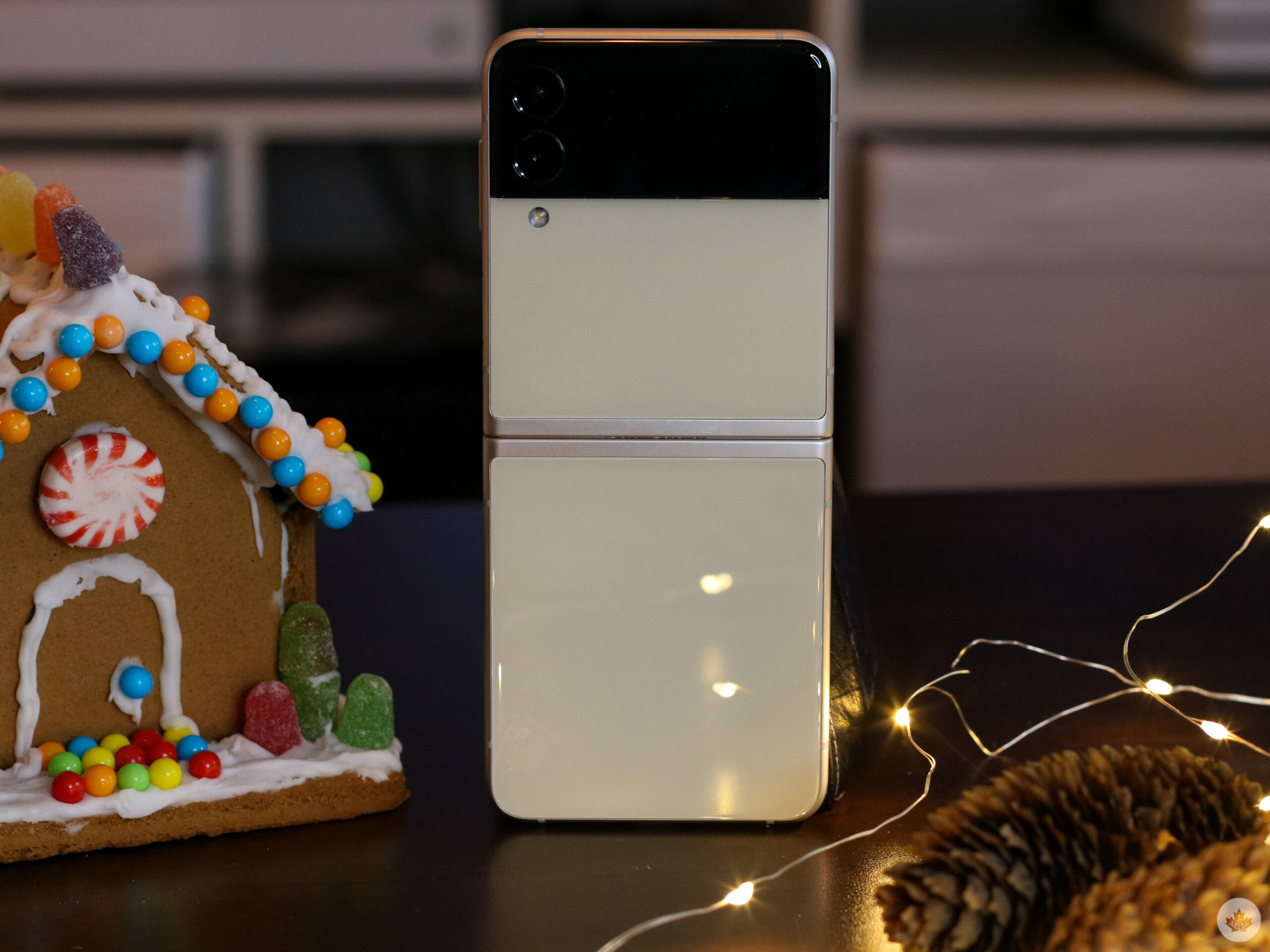 The Galaxy Z Flip 3 doesn’t offer the same specs as the Z Fold 3 or even usability, but it’s still a really good device. On the inside, the Z Flip 3 features a 6.7-inch 1080 x 2640-pixel resolution display with a 120Hz refresh rate and an Infinity-O hole-punch camera.

This handset only features up to 8GB of RAM and only offers two 12-megapixel shooters. The Cover display is larger this time with a 1.9-inch panel, making it far easier to use than the tiny screen included in its predecessor. There’s also a side-facing fingerprint scanner and a relatively small 3,300mAh battery.

The flagship doesn’t feature a telephoto lens or long battery life, but is relatively cheap, especially when compared to other high-end smartphones.

In my review, I said “Samsung’s Galaxy Z Flip 3 is a flagship smartphone, and while it’s not the most affordable phone on the market, its price tag is comparable to other high-end devices out there.” 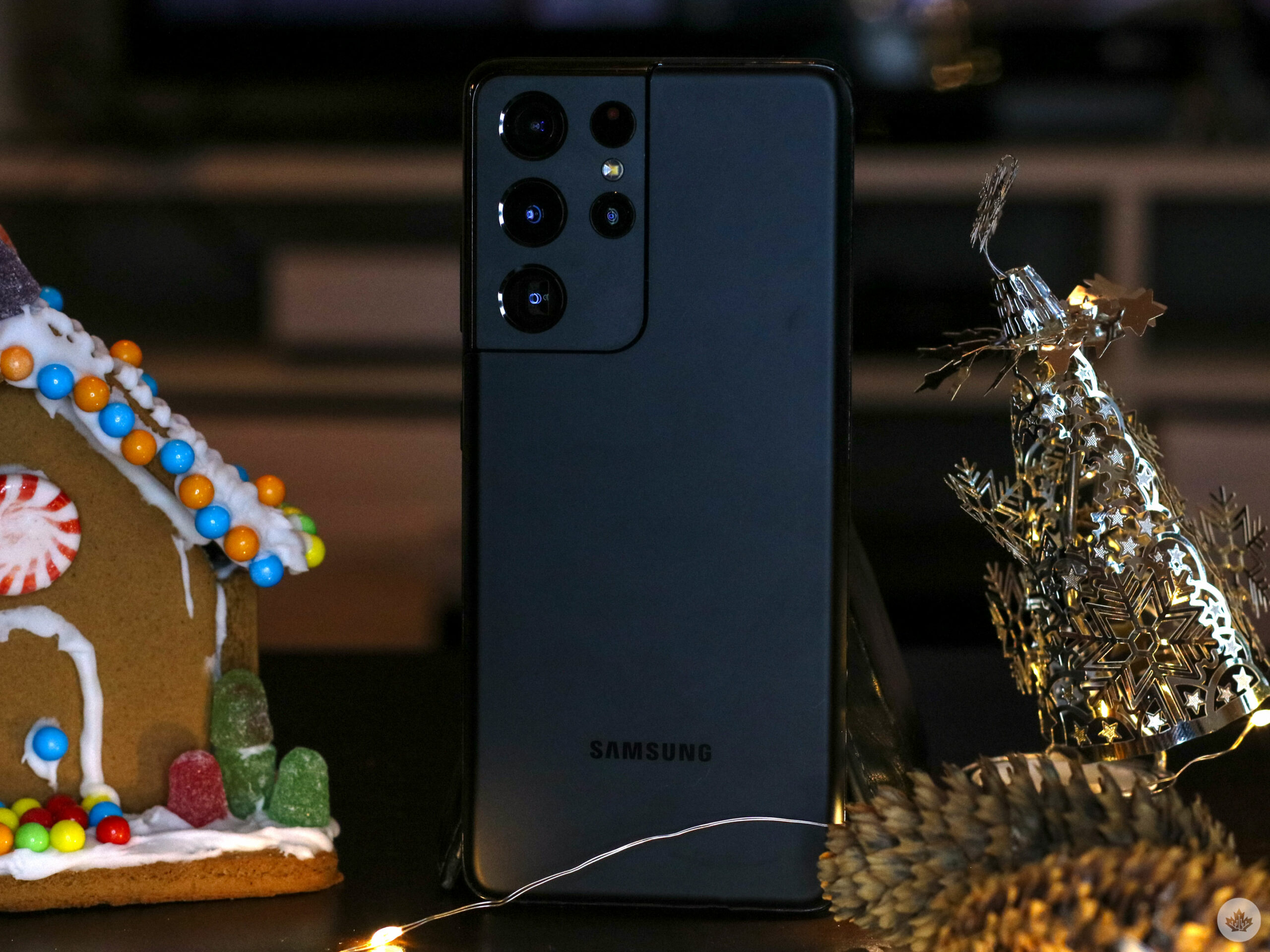 While the S21 Ultra isn’t a flashy foldable, it still offers top-of-line specs and the best cameras out of all Samsung phones this year.

This top-tier flagship features a 6.8-inch AMOLED display with a 120Hz refresh rate, HDR10+, and Gorilla Glass Victus. The device also sports Qualcomm’s high-level Snapdragon 888 chipset, and up to 16GB of RAM.

Out of this whole list, the S21 Ultra features the best telephoto camera and the highest resolution in its selfie shooter at 40-megapixels.

According to MobileSyrup‘s Patrick O’Rourke, “the S21 Ultra takes the Note 20 Ultra’s best features and builds on them in meaningful ways.” 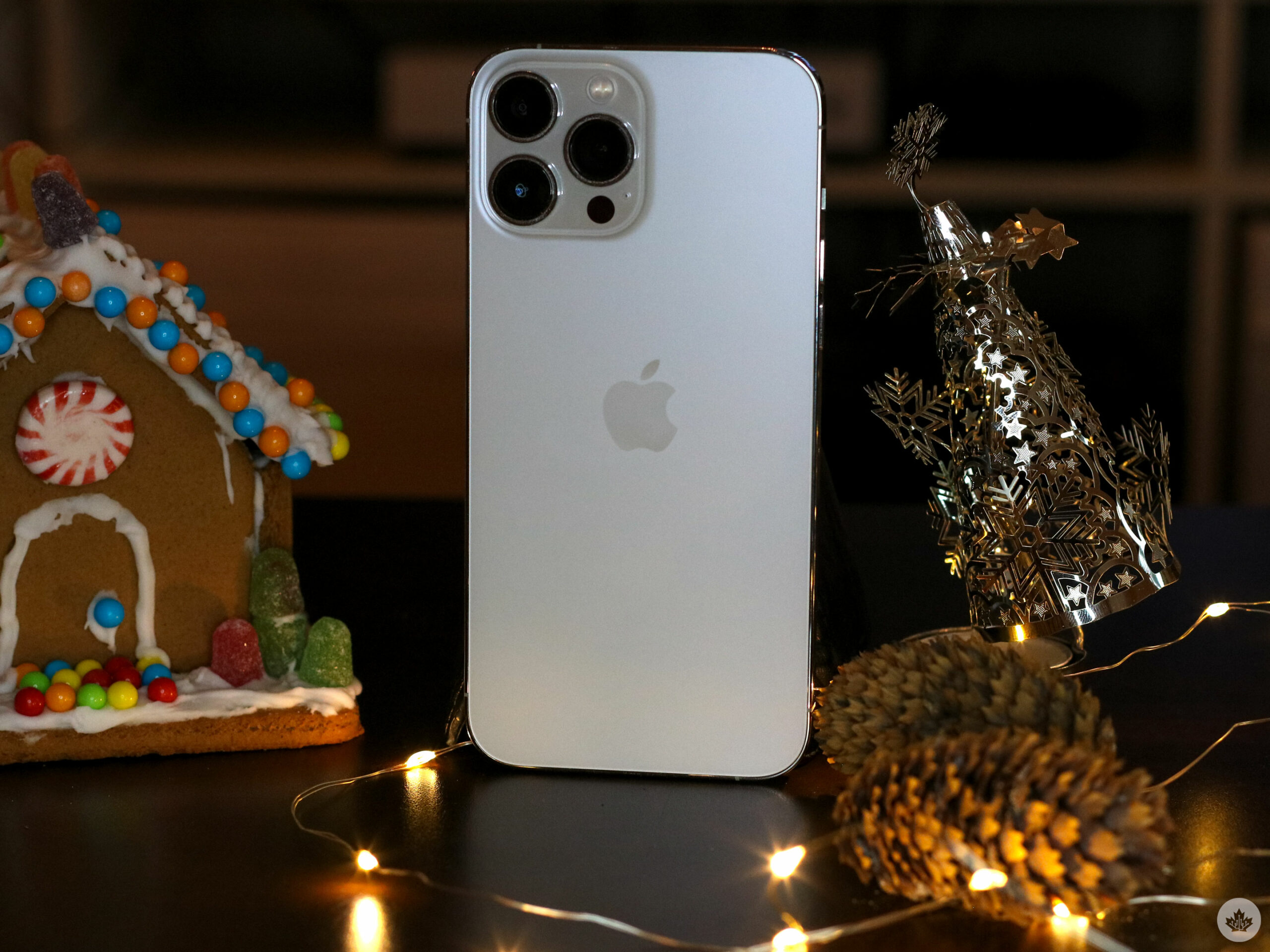 Though the iPhone 13 Pro and Max are nearly identical, the Max variant features a larger display and a bigger battery.

The iPhone 13 Pro Max offers a 6.7-inch display with a 1284 x 2778 pixel resolution and, for the first time in an iPhone, a 120Hz refresh rate. The device also sports HDR10 and Dolby Vision, making it great for watching content.

Apple’s iPhone 13 Pro devices also have three 12-megapixel shooters and a LiDAR scanner for depth. A stand-out feature for the iPhone 13 Pro (at least for me) is the ‘Cinematic Video’ mode that adds an exaggerated but still very cool depth-of-field effect to video.

Additionally, thanks to Apple’s powerful A15 Bionic chipset, the smartphones boast the highest benchmarks of any device listed in this story.

And while the iPhone 13 Pro series doesn’t feature the biggest battery, it can outlast nearly any smartphone available in Canada, with the handset typically making it to a day and a half depending on usage:

According to MobileSyrup‘s Patrick O’Rourke, “The devices look nearly identical to last year’s iPhones, and it’s really only under the hood where anything has changed.” 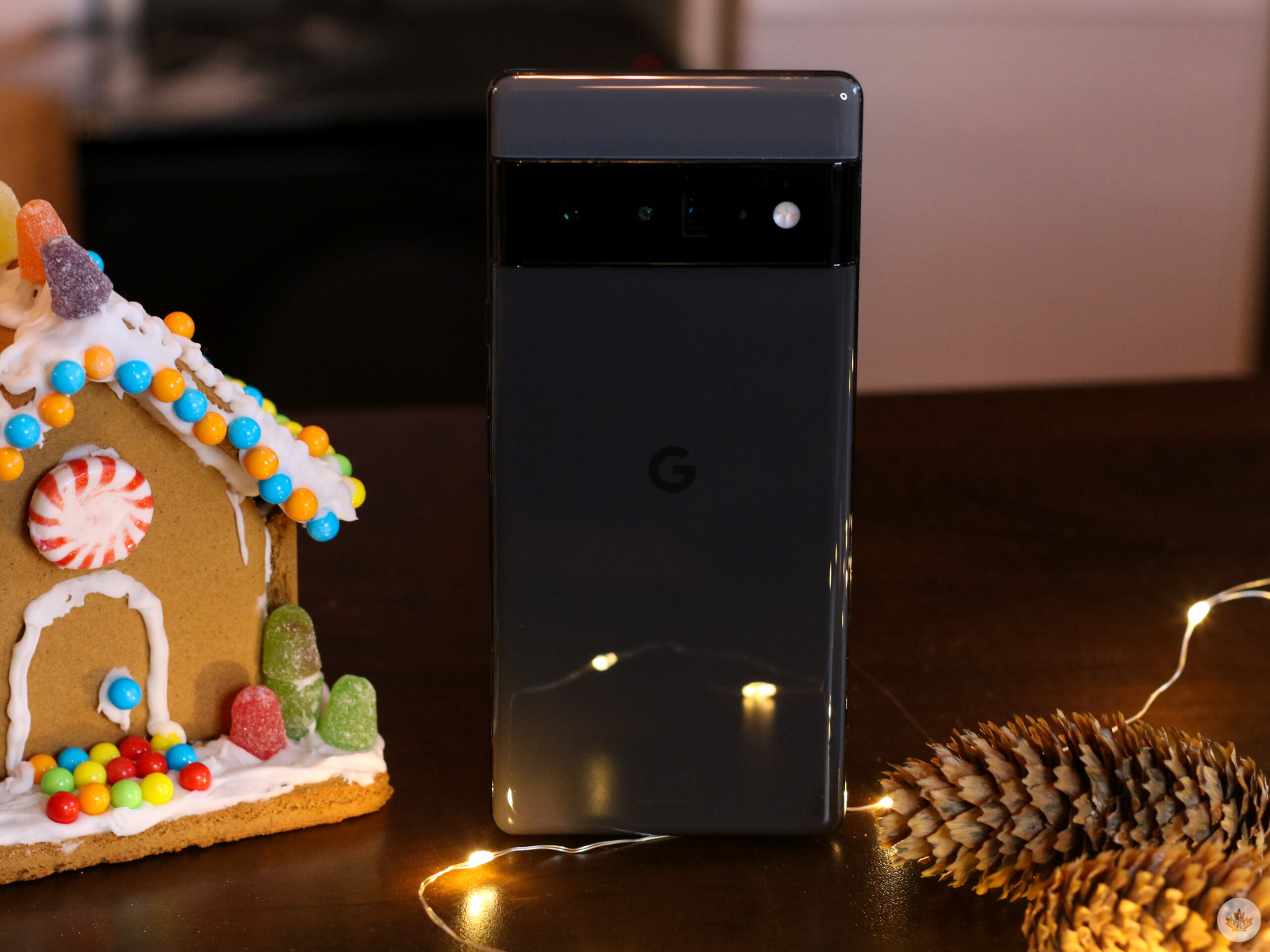 Google’s Pixel 6 Pro, the company’s flagship smartphone, offers top-of-the-line specs, including a 5,000mAh battery, its proprietary Tensor processor, 12GB of RAM, and a 120Hz refresh rate screen. The sleek-looking smartphone is my favourite device that launched this year because it has impressive cameras that offer ‘Real Tone,’ a feature that accurately captures my skin tone. Features like ‘Long Exposure,’ ‘Action Pan,’ ‘Face Unblur,’ and ‘Magic Eraser’ are also great.

Finally, Google’s excellent ‘Material You’ and Android 12 combine to offer one of the most solid Android smartphones out there.

In my review, I said, “If you’re after a pure Android experience paired with solid hardware, look no further than the Pixel 6 Pro.”

MobileSyrup utilizes affiliate partnerships. These partnerships do not influence our editorial content, though MobileSyrup may earn a commission on purchases made via these links that helps fund the journalism provided free on our website.