The pricey gamepad seems to suffer from quality control issues

Everything from its interchangeable joysticks to its grippy sides is incredible. This is the gamepad I dreamed of owning as a teenager while swearing up a storm in Halo 2 lobbies.

In fact, back when the Series 2 was first released in 2019, I called it the best controller I’ve ever used. While I still feel that way to an extent, the Elite Series 2 seems to suffer from severe quality control issues.

First, I noticed a strange clicking noise with the gamepad’s right trigger. Following a quick Google Search and after watching a few how-to YouTube videos, I concluded that I could quickly fix the problem and that it’s a strangely a common issue with the gamepad. Plus, my one-year warranty from Microsoft had already expired, so there wasn’t much of a risk in taking matters into my own hands. 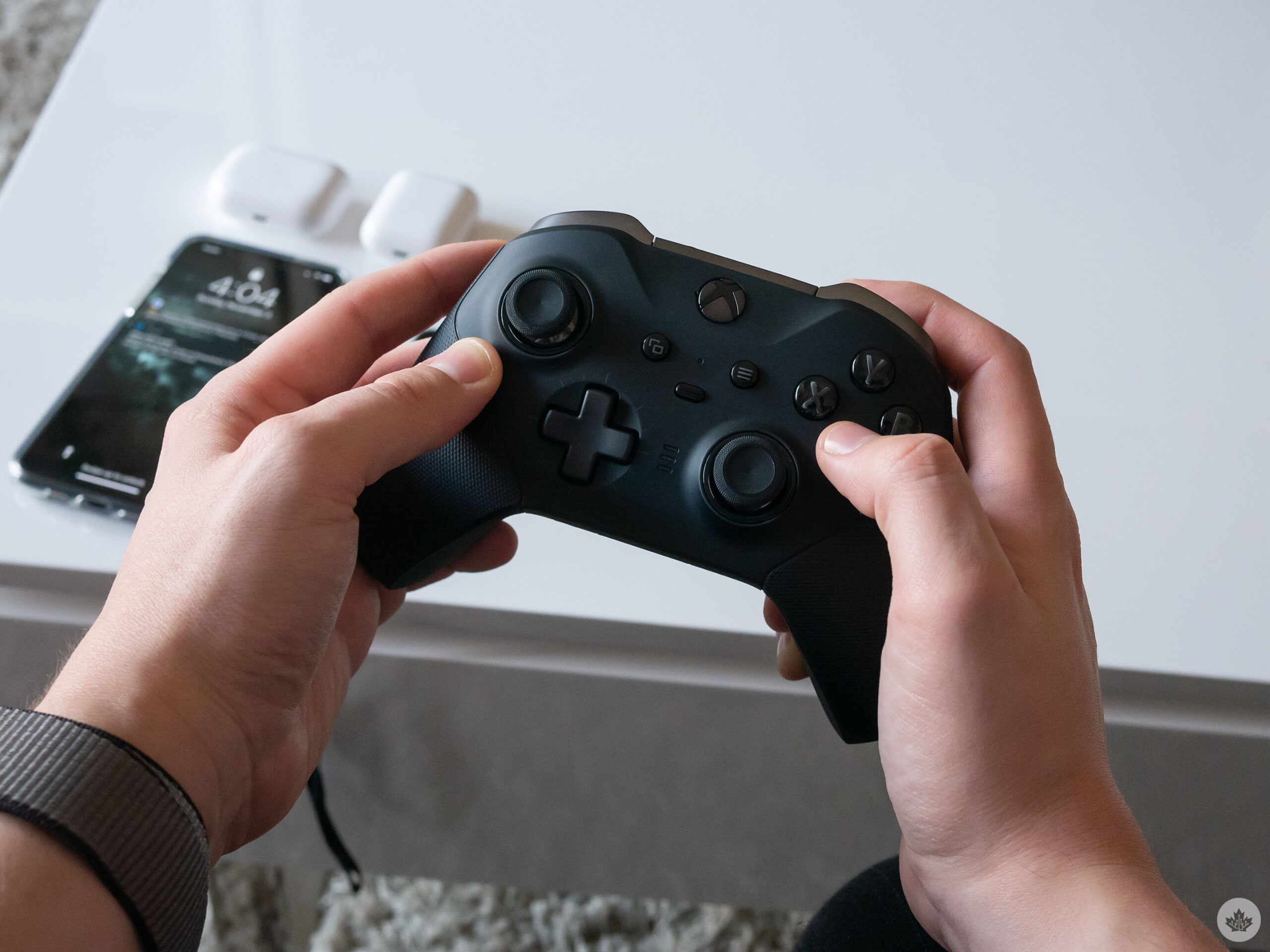 I carefully pried the Series 2 open with tools from my iFixit kit, unscrewed its insides, and reattached a small plastic pad that mysteriously fell off the inside of the trigger for some reason.

I put everything back together and the gamepad was fine for the next few weeks, albeit feeling slightly looser than it did before (I eventually needed to reattach these pads yet again). If you’ve ever taken a controller apart, you’ll know that they rarely feel the same after — there’s often at least some flex to certain areas of the gamepad.

I’ve recently gotten really into Halo Infinite and have managed to become pretty good at the game despite my advanced age and ailing reflexes. I’m not ‘Onyx’ good quite yet and struggle in lobbies that aren’t ‘Diamond’ (apologies to the friends I play with who are Onyx), but I’m getting there.

Because I’ve always used Halo‘s default control scheme, I find it challenging to transition to ‘Bumper Jumper,’ a button layout that uses the shoulder button to jump instead of the A button. To get around this, I’ve started using the Series 2’s two upper paddles: the right is programmed to jump and the left is tied to reload. This has upped my game considerably and I’m finally able to aim and jump with ease. 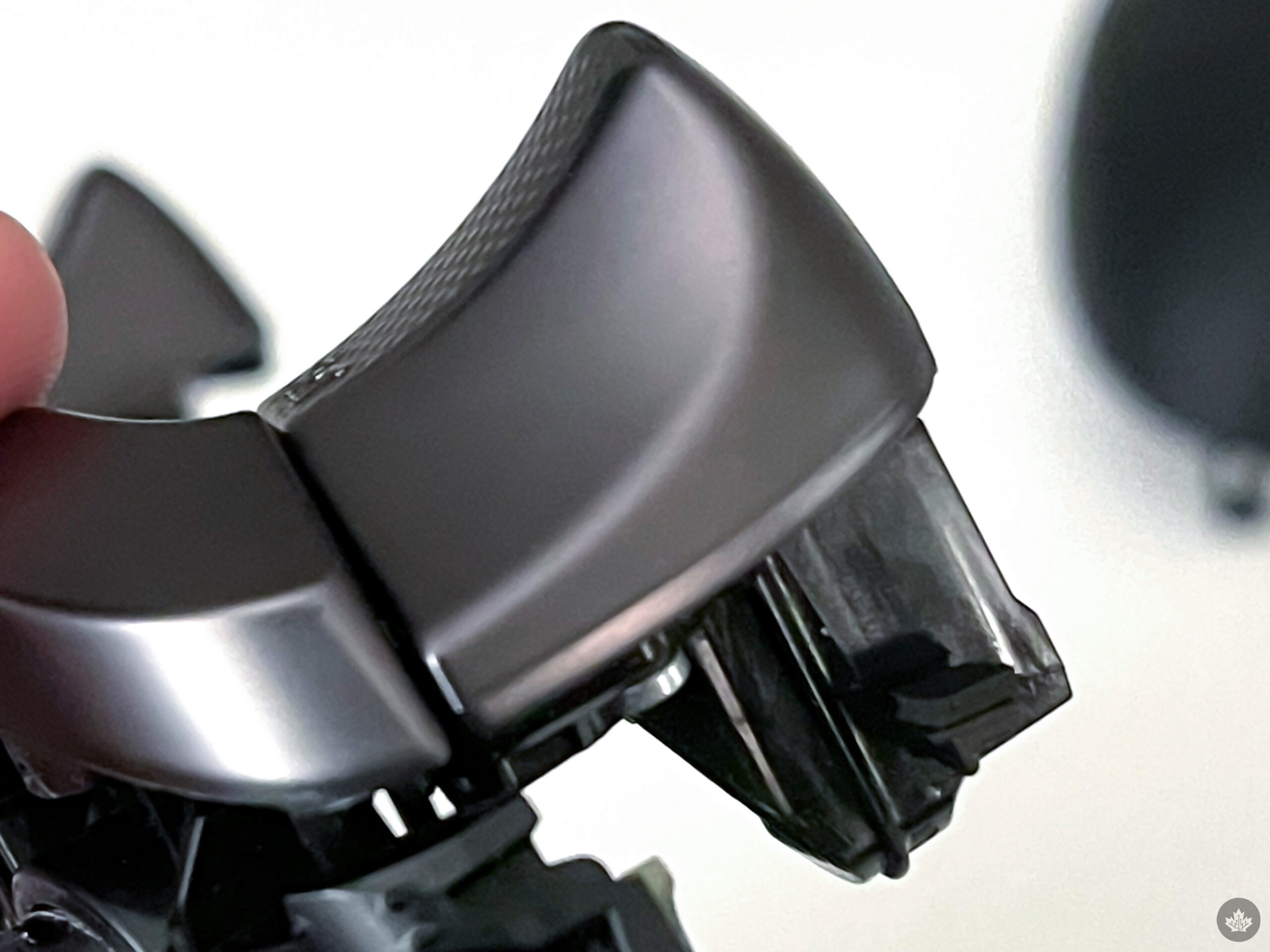 But back to the ongoing saga surrounding the Series 2. After I dug out its paddles from a drawer, I was shocked to discover that they somehow didn’t click when I pressed them. In fact, they occasionally didn’t even work at all. Again, after falling into a YouTube hole, this seems to be a common issue with the Elite Series 2. The tiny bump on the base of the paddle just isn’t tall enough to reach the buttons on the rear of the Elite.

So, I went to Microsoft’s support site and ordered a complete set of replacement paddles because you can’t purchase the extra buttons individually (there are a few third-party Amazon sellers, though). This somehow didn’t solve my issue, leading me to add a small dab of super glue to each bump. Surprisingly, this solved my problem, and I was clicking away with joy.

Then, following an evening of playing NHL 22 and feeling like my player’s ability to poke check was entirely non-existent, I realized the Elite’s right bumper was unresponsive. Once again, I popped the gamepad open and attempted several tricks I dug up on the internet, ranging from taking a small piece of plastic out of the switch that controls the bumper to simply just cleaning around the button. Unfortunately, none of these methods worked, leading me to conclude that the actual switch in the gamepad was faulty. 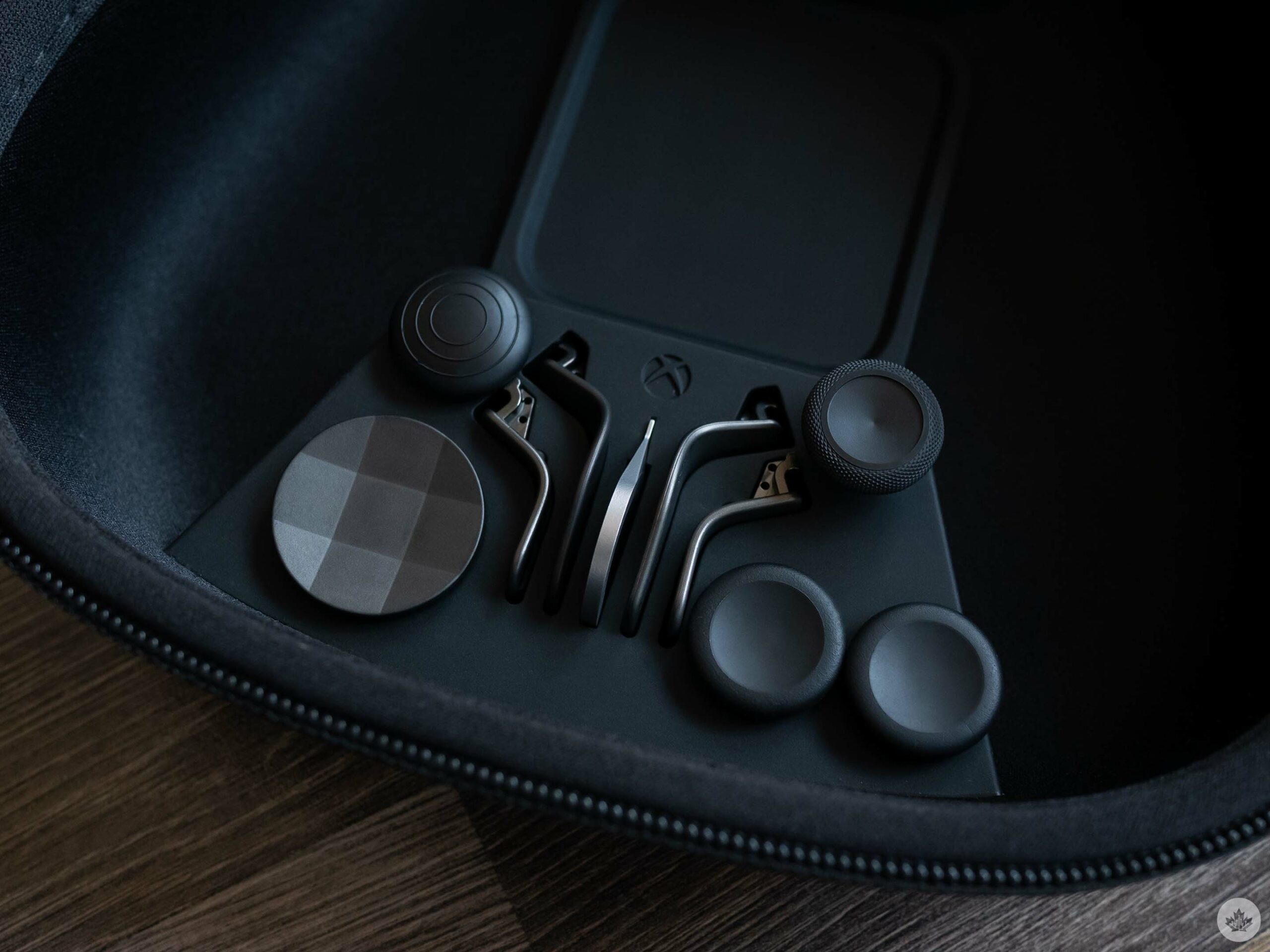 Like any rational person, I then decided to buy an entirely new Elite Series 2 despite being aware of the pricey gamepad’s apparent all-too-common manufacturing flaws. I figured getting roughly three years out of a controller isn’t really that bad, and at this point, I’m hooked on using the paddles for Halo Infinite.

I picked up my fresh Elite Series 2 remote from Best Buy and eagerly took it out of its box. Everything looked fine, but just to be sure, I tested out all of the buttons with the Accessories app on the Series X. As far as I could tell, I was good to re-enter Infinite‘s Arena with confidence in my gamepad’s performance.

Fast forward 24 hours and here I am with yet another faulty Elite Series 2 controller. This time, the gamepad suffers from a face button issue where in my case, the Y button only works roughly 85 percent of the time. I discovered this after repeatedly being entirely unable to change my weapon in Halo Infinite, which, if you’ve played the game before, you’ll know isn’t ideal. 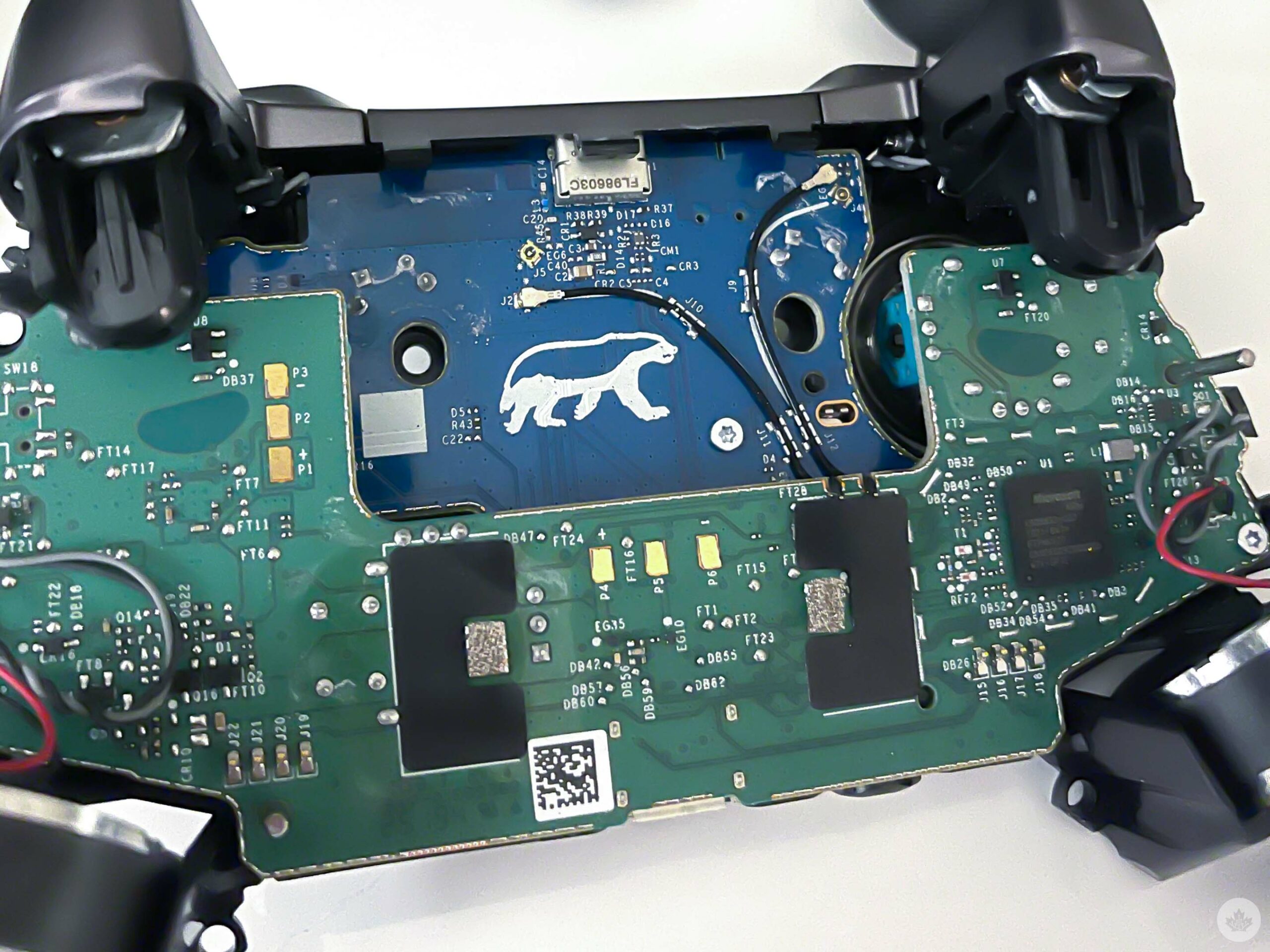 While this might not sound disastrous given the button still works sometimes, the Elite Series 2 is an expensive gamepad and problems like this shouldn’t be expected when you drop $229 on a premium controller.

So what am I going to do? Well, of course, I’m exchanging it and hoping for the best once again.

Though the Elite Series 2 is an undeniably stellar controller, it’s riddled with what seem to be quality control flaws. Whether it’s the face buttons failing, bumpers breaking, or the triggers getting stuck, it’s baffling that three years into its release, Microsoft’s expensive gamepad still suffers from these issues. The tech giant is also at least somewhat aware of these problems because back in October 2020, it extended the Elite Series 2 controller’s warranty from 90 days to a full year. 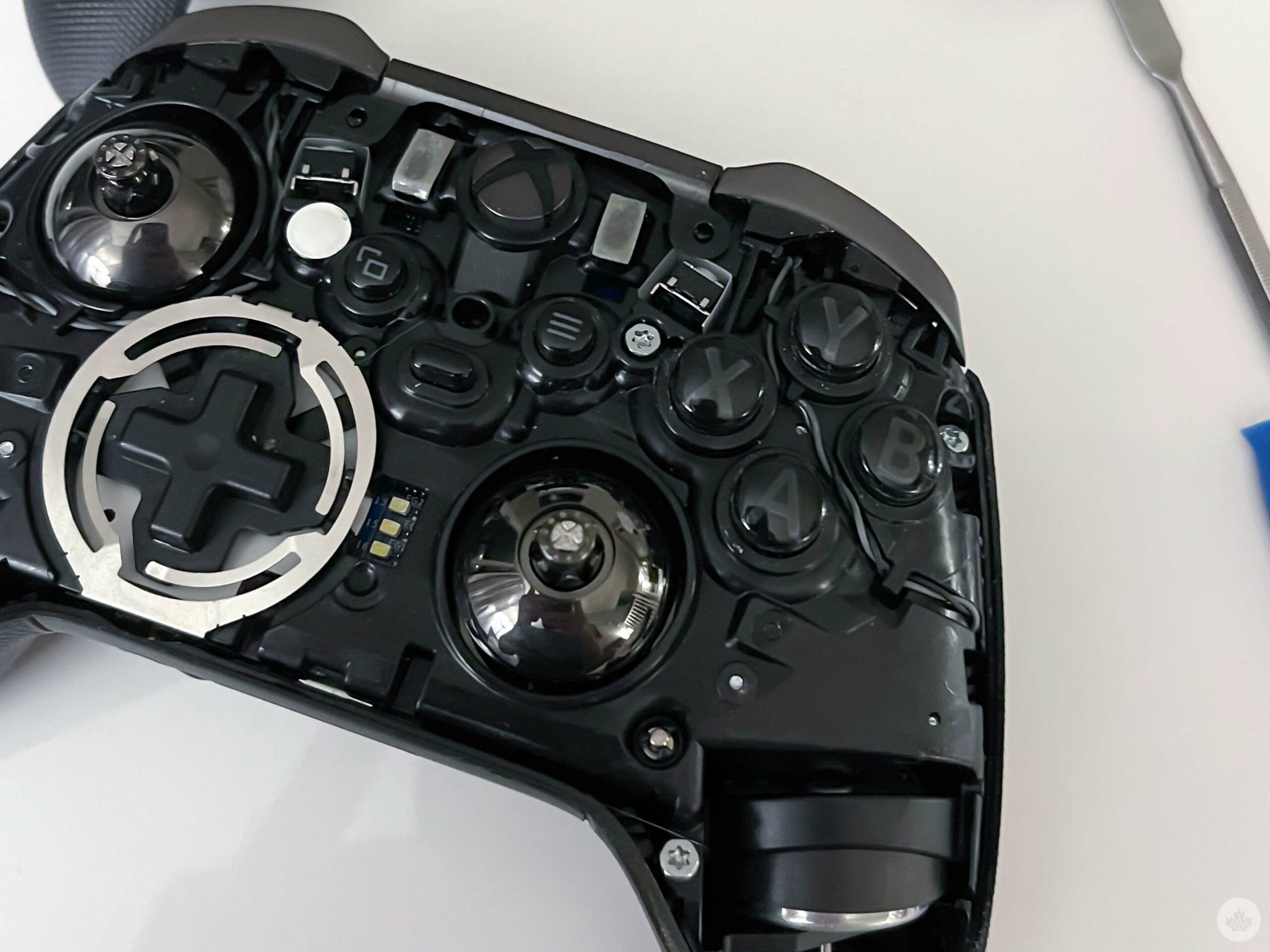 There’s a possibility that some of these problems may be solved with the special edition Halo Infinite version of the Series 2, but that remains to be seen. I haven’t found any instances of people reporting issues related to that specific version of the 2nd-gen Elite.

Of course, I could opt for a different controller with paddles from an accessory maker like Scuff, but from what I’ve been able to gather from Reddit posts and reviews, the company’s gamepad’s just don’t compare to Microsoft’s official offering despite its best efforts and Call of Duty League Pros’ sponsored claims.

Here’s hoping my next attempt at getting my hands on a working Elite Series 2 has a more positive conclusion.

Stadia fans keep saying the platform has a future, but I’m still not seeing it