Microsoft will finally update the volume indicator in Windows 11, replacing the blocky black bar that’s been in Windows since Windows 8 back in 2012.

Along with the volume indicator, Microsoft will update the brightness, camera privacy, camera on/off and airplane mode indicators to match the more modern Windows 11 design. I can’t help but wonder why none of these things made it into Windows 11 at launch, considering the main benefit of Windows 11 was the new design. Still, it’s good to see these changes will finally make their way to Windows 11.

The new indicators will follow Windows’ light/dark mode theming and appear when users press the volume or brightness keys on their keyboards.

Microsoft will also test a new call experience in the Your Phone app on Windows 11. The changes here include a new in-progress call window, updated icons, fonts, and other UI changes that better match Windows 11. 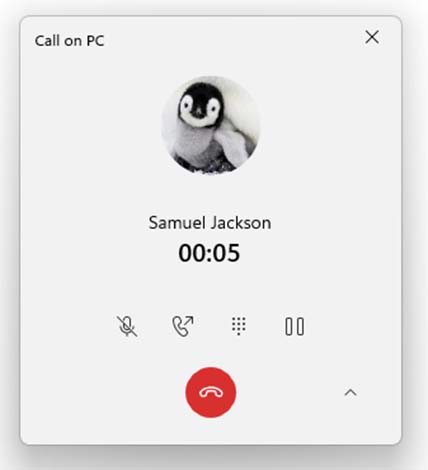 These changes will arrive first as part of Windows 11 preview build 22533, which was released to Windows 11 Insiders on the Dev Channel on January 12th.

It’s not clear when Microsoft plans to push these changes out to the stable version of Windows 11. The Verge suggests they could come in a monthly update and to expect the changes to arrive sometime this year.

Source: Microsoft Via: The Verge